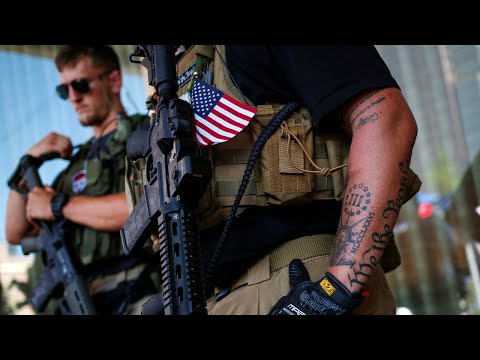 Amendment Sanctuaries. In This video, we’re gonna take a look at the astonishing rise of sanctuary states how gun sales have been absolutely surging for two years in a row and we’re gonna see how second Amendment sanctuaries are just the tip of the iceberg of a new political order rising like never before you’re not going to want to miss this greetings everyone dr steve here with you great to be with you as always we are your daily fake news anecdotes each and every day we provide patriotic analysis to help you to think better so you can feel better in these crazy and turbulent times. So if you haven’t done so you know what to do make sure to smack that bell and subscribe button you got it before we begin let’s give a huge shout out to the sponsor this video and that’s biotrust and their awesome immune system. Supporting product ageless body ageless body combines five The world’s best immune supporting powerhouses to boost your immune system really like nothing else and best of all. If you click on that link below right now you can get ageless body at their lowest price ever up to 51 off plus free us shipping to boots so don’t wait click on that link or go to age with steveturly.

The vast majority of all U. s counties have officially been designated Second Amendment Sanctuaries is coming from an analysis by sanctuarycounties. com as of June 20th they will now get this. There are now 1930 counties protected by second Amendment sanctuary legislation at either the state or county level that represents 61 percent of the 3141 counties in our nation.

over 3 000 counties are now officially second amendment sanctuaries. a number of sheriffs across the nation. They’ve pledged to uphold the second amendment which actually includes every single sheriff in Utah, so this is an across-the-board measure that’s involving grassroots citizens legislators and law enforcement in nearly 40 states. The second amendment has won hands down and just put an exclamation mark on that gun sales have been surging of late the Washington examiner’s reporting that biden‘s reckless anti-second amendment Rhetoric made June get this bumbling Biden made this past June the second highest ever for the month in terms of gun sales. There are approximately 1.

that was only exceeded by last June in 2020 when gun sales passed the 2 million mark. June 2021 is the second highest June in terms of gun sales ever recording guess who’s contributing to that surge did you guess first-time gun buyers well you’d. more first-time gun buyers than ever before which means that the left has lost the gun control debate Maybe I’ll never tell you that the left-wing activist disguises journalists will never ever tell you that but gun buying stats. Don’t lie the percentage of counties that are now Second amendment sanctuaries. Don’t lie the left has lost period and I wouldn’t be surprised at the end of the day as it were of seeing upwards of 70-80 percent of our counties becoming second Amendment sanctuaries Now what’s happening with the rise of Second amendment Sanctuaries now dominating our national landscape is actually indicative of a rising phenomenon that’s reshaping the world and that’s what’s called neo-regionalism.

Youve Got A Number Of Of Scholars

on the new right like French scholar unleaded Benoit who’ve been riding on this but basically neo-regionalism or localism is a backlash against the standardizing dynamics of globalism and it’s one-size-fits-all approach to political and economic life globalism entails a key dynamic known as disembedding okay and disembedding dislodges time and space from localized control and in effect replaces localized customs and traditions where the one-size-fits-all political and economic order and so as part of the backlash against all that more and more populations are re-embracing their distinct cultural particularism and the customs and traditions specific to their regional uniqueness. So what this neo-regionalism translates into with regard to what we’re seeing here with the rise of second amendment Sanctuaries is actually the larger phenomenon of sanctuary states. These are deep red states that are actively building legal and administrative walls to protect their citizens from the leftist. have been talking about this? And I think we’re going to see more and more Red states join together and in effect form a a unified administrative wall against the blundering Biden administration. There are now 30 red states, so to speak and increasingly we’re going to see these states offering legal and administrative protection for their citizens who want nothing to do with the grand reset of Obama-era conditions and people are moving to red states and droves into order to find sanctuary from the leftist activists in Dc You need to watch a video.

I Did On The Growing Power Of Red

states in America, Texas, Florida and North Carolina. Three states that voted twice for president Trump are set to gain a combined four seats in Congress because of their population growth, granting them collectively as many new votes in the electoral college for the next presidential. As the ultra-democratic Hawaii has in total so the electoral votes gained by these three states combined to make up for what would have been lost to this radically liberal blue state of Hawaii, so it’s pretty impressive stuff and if you’re worried that all these people are moving from blue states. What we call left ugs They’re moving from blue states into red states, but you’re worried that they’re bringing their liberal politics with them. If you’re concerned about that you definitely need to watch my video on new data that proves that left ugs moving to red states overwhelmingly vote Republican.

You Definitely Want To Check It Out

absolutely going to make your day. But this neo-regionalism that’s fueling the rise of sanctuary states is really taking off as we’re seeing with the 61 percent of counties turning into second amendment sanctuaries. It’s very very exciting to. Because second amendment sanctuaries really are just the tip of the iceberg. You may have heard of the state of Oklahoma passing a bill that will allow the state to completely reject all of biden’s executive orders.

The Bill, Which Just Passed The Oklahoma

House would allow the Oklahoma Attorney general to review any executive orders Congressional laws or federal agency rules to see if they violate the U.s constitution, and they even have a safety measure in that if the attorney general just like passes the buck on this, then the state legislature can could do could stop those laws through a majority vote and of course we’re keeping a very close eye on the rise of the number of states that have banned Crt I mean you’ll I mean you will love a video I did on a massive nationwide backlash against critical race theory more and more. States are just outright banning it It’s amazing Florida under the leadership of Ron Desantis. He’s officially banned critical race theory from floors Florida‘s public schools. The Texas Senate has just passed a ban on Crt and it’s expected to become law in the state in just a matter of weeks.

The Governor Of Idaho.

He’s just signed a bill that banned Crt from their public schools. I mean check out the video. The list goes on and on and on again it’ll make your day you’re seeing more and more states taking on big tech right so where Texas Senate just passed a bill blocking social media platforms from banning residents based on their political views again. Florida Governor Ron Desantis has publicly committed himself to bringing to an end once and for all conservative censorship in social media and of course, you’ve got the extraordinary election integrity reforms.

Sweeping Throughout The Red States As Well.

All of this is part of the same exciting trend. All across the nation counties and states are rising up and pushing back against liberal globalism like never before and in many ways it is all just getting started now before you go you definitely want to check out my latest video. I just uploaded on the nation of Hungary banning schools from teaching LGBt-inspired curriculum you’re not going to want to miss it so make sure to click on the link and I’ll see you over there God bless.

Two-thirds of American counties are now officially second Amendment Sanctuaries . Gun sales have been absolutely surging for two years in a row . We’re gonna take a look at the astonishing rise of sanctuary states how gun sales are just the tip of the iceberg of a new political order rising like never before you’re not going to want to miss this greetings everyone dr steve here with you as always we are your daily fake news anecdotes each and every day we provide patriotic analysis to help you to think better so you can feel better in these crazy and turbulent times . If you click on that link below right now you can get ageless body at their lowest price ever up to 51 off plus free us shipping to boots so don’t wait click on the link or go to age with steveturly.com okay let’s dive right in here.& The vast majority of all U.&s counties have officially been designated Second Amendment sanctuaries is coming from an analysis by sanctuarycounties….. Click here to read more and watch the full video