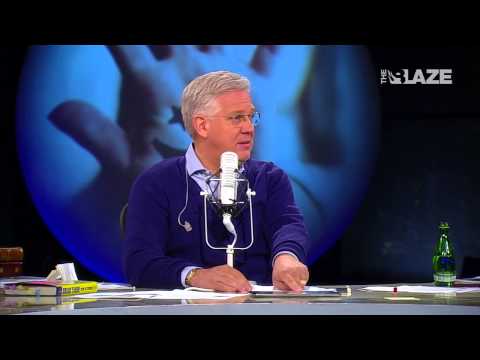 Right Now I Want To Talk To You A

I Believe That Begins At 7Pm The Festivities

on 828 will begin at 9am on that Friday to 5pm. They have their opening up. You know all of the museum’s. They’ve got like a street festival that is going on for the weekend. I mean they’re really rolling out the red carpet and we’re just so appreciate everything that Birmingham is doing and they’re They’re just it’s a great town full of great people.

But You Can See The Sixteenth Street

Baptist Church, the Civil Rights Institute Kelly Ingram Park where they were hosing people down you know in the 1950s. You can see the Birmingham jail. All of that will be open on Friday and then at seven pm I’m going to be the guest speaker at the guiding Light Church. I am a guest there. They have invited a lot of pastors and all of the pastors and everybody from Birmingham more guests will be coming in.

I Think There Will Be There

will be some way for you to get in as well. If I mean its first come first serve I think for a limited very limited number on that night, but they are also setting up audio-visual outside and I think it’s kind of like a picnic area, so you’ll be able to watch things outside of the church. Then the next morning and this is the new part of it the next morning beginning at about eight o’clock or so we’re asking you to line up at Kelly Ingram Park. We will meet there. We will have prayer and we will explain what we’re going to be doing.

But We Are Going To Line Up And

we’re going to march on the same streets in the same in the same area same streets that Martin Luther King marched and all of the churches. Are involved? I asked you to bring a bus down with your church come down with your family and join us as we begin to stand and teach ourselves how to stand for human rights for the right of life. All life matters to do so in discipline and to be able to stand for the right of conscience as well. So if you would like to be a part of that that begins at 9am and then it’s going to end at Legacy arena and that MArch will end around we think around noon but the arena. You’ll be able to go into the arena and cool off because it’s probably going to be a little hot.

Then Youll Be Able To Go Into The

arena. I think there is also right next door Isn’t isn’t it. The Convention center where there’s an overflow so we have room we. have seats for about thirty thousand on the inside and air conditioning and we would love to see you there We have to charge for tickets. I didn’t want to charge for tickets, but I couldn’t there’s just nothing else we could do because I don’t want to take the money from charity to pay for buildings and everything else so we’re going to have to charge for the tickets and we’re trying to ticket we’re in negotiations would take it master right now.

I Just Want To Make Him

ten bucks if we can just enough just to pay for the building, but if if you want a ticket they will be available at the end of the month and i have a feeling these will go very quickly so join us for that again we will be at Kelly Ingram Park 9, a.m. Saturday 829 and then the event begins between 12 and one at Legacy Arena in Birmingham, Alabama on 8 29. We need volunteers if you would like to volunteer you can go to now Dot Mercury 1. .

com. We also could use your donations The donations. The lion share are going to go over to the Middle East to help the victims those who have you know lost their homes lost family members the people who are living in camps now in in Jordan and Lebanon and northern Iraq and we’ll give you more details on that and then next week. I believe it’s next week we’re going to be announcing six or seven cities that we’re going to after this and we would love to have you a part of this.

I Think This Is Going To Be Truly

historic will give you the names. of the people that are going to be joining us in Birmingham on stage, but it will be something that we can. This is not. This is not a feel-good weekend alone.

This Is Going To Be.

I think something that really does make you feel good. I think this is going to be more powerful than 8. 28 was the original one in Washington UK.

I Think Youre Going To Get More Out

of this and I think you’re gonna feel history being made something has begun and I’d sure like you to be a part of it. So join Us 828 and 829 Birmingham Alabama I recommend that you get your hotel reservations now Don’t wait get your hotel reservations now and and get them booked them downtown because everything is in that small area except for guiding light church the night before that’s out in the outskirts. Birmingham, but it’ll be easy to get there but everything else is within walking distance of most of the hotels and the history there is unbelievable bring your kids teach your kids civil rights history let them and then let them make history with us on that Saturday and stand for the right to life and and conscious consciousness conscience right to conscience join us a 28-day 29 now mercury one org.

Birmingham, Alabama is rolling out the red carpet and we’re just so appreciate everything that Birmingham is doing and they’re just it’s a great town full of great people . I urge you to come. I think this thing is going to be.& I think it’s going to . be epic and and and you are really going to walk away from there with new friends and a new attitude . Right now? I want to talk to you a little bit about 8 28 if you were thinking about going to our event in Birmingham, . Alabama on 8 28 and 8 29. The festivities on 828 will begin at 9am on that Friday to 5pm. The next morning beginning at about eight o’clock or so we’re asking you to line up at Kelly Ingram Park. We will meet there. The new part of it the next morning. We’re asking . to line . up at about 8 o’Clock or so to . explain what we’re going to do in the next…. Click here to read more and watch the full video