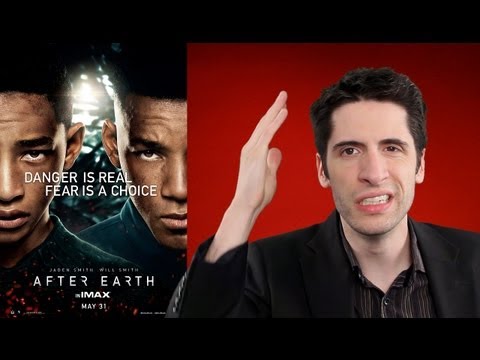 Survival Movies Weve Seen Those Can Be Good

After That They Crash Land On This

planet full of predators. Little Smith’s legs have been broken. He can’t go out there and help Jaden Smith because I gotta you know go find the tail section of the plane, who knows there might be survivors in the tail section of the plane that allows for about one season. You need to get a beacon from it. But Jaden Smith’s the only one who can go.

Jaden Smith Has That Little Omni-Tool.

Mass Effect, so Will Smith can talk to him through there Now We have our adventure by adventure I mean slow survival movie with Will Smith’s Kid in it. The premise of this movie is cool enough. There are predators out there. You know it’s really dangerous wilderness environment.

Jaden Smith Has To Survive And If

it had better direction and better execution it would actually be good as it stands. Though this movie was boring the underlying tone of the movie is the fact that Jaden Smith’s character and Will Smith’s character are going to bond his father and son because Will Smith is really distant, which makes him very boring. Will Smith brings all he can to the table. You can see a couple of moments of conflict where he’s like I’m not supposed to be emotional, but I am all in although it’s almost like M night. Shyamalan was like alright Will Smith just imagine you being Mace Windu in the prequels Yeah, He was kind of boring out of touch.

These Are The Only Two Characters

we have basically in the entire movie. The fact that 50% of that crew is boring and out of touch. The fact that the other half is uninteresting and not really as good of an actor as the guy playing the boring guy hole Smith’s son is not as good as him that’s not good either his name is Jaden Smith. It should be Jayden gonna get work no matter what he’s A legacy child directors aren’t gonna be like no I don’t want you in my movie, but the fact is he has a little bit of work to go before I can be like Oh he’s a great actor. Jaden Smith needs a director who can show him.

How To Be All He Can Be A

director that can help him hone his craft. You know pairing Jaden Smith up with the director of the happenings You guys do the acting in There I don’t need to say more that’s not good there’s not gonna help him out set him like three steps back and night. Shyamalan is no stranger to slow movies generally speaking you see his movies you’re like yeah. They’re all slow but his first batch of movies we’ll call them the ones that were good slow as they may be they were interesting stories interesting star raise good actors we had intrigue in there we were like where is it going and we know it’s building to something now we’re watching a boring movie unfold with actors who play boring people and boring boredom and all that boring yes some things don’t make sense. In the movie either no spoiler here but there’s this one scene where this predator clearly means to kill Jaden Smith later on in this movie that Predator saves his life Why I have no idea I saw the movie and I just don’t know you’d almost argue that Jaden Smith kind of helped it out but not really predators.

Dont See That Way Theyre Not

gonna be like oh hey thanks for doing me a solid man, Oh yeah I’m an animal. I see you again. I’m gonna be like hey food there you are and now you’re dead Did you see things like that is convenient ways to get the characters out of tough spots. So one of the premises in this movies. Jaden Smith is supposed to conquer his fear that’s how he’s gonna grow as a character and he’ll become just like Will Smith someone who.

Has Already Conquered His Fear But Will

Spoilers Are Done Theres Just Something.

At the end of this movie. I can’t get over and I just don’t like it and I just want to tell you how I think they could have made it better and they’re really. and sudden ending in this movie Will Smith and Jaden Smith They both live. Jaden Smith sees Will Smith.

Will Smith Stands Up Off The Table And

then he salutes his kids. Then Jaden Smith runs up They give each other a hug. You see a tear come out of Will Smith’s I all right I get it that just bothers me. The fact that Will Smith stands up in his first reaction is to salute his kid like a soldier. Just me that their father-son bond you know the thing that we’re supposed to be rooting for through this entire movie.

It Hasnt Been Growing At All.

His Dad Grabs His Hand Puts It Down

and then Will Smith salutes Jaden Smith that shows that Will Smith’s first reaction was to be a loving father not a soldier which would be new which would be growth and that he does respect Smith as a soldier. Also the soldier aspect is second the father aspect that’s first Family Values mom would be proud there you go but now we’re stuck with the fact that Will Smith respects Jaden Smith as a soldier and if you’re gonna say that embrace and tear out of Will Smith’s eye is his growth. He can argue that actions speak louder than words the fact that he saluted him. First shows that he just views him as a soldier that he’ll tear things probably something little. Smith will just pass off as a momentary weakness a lapse in judgment that he will never allow to happen again.

Oh This just bothered me. I like a good survival movie as much as the next guy, but in the end. The only survival scenario is how long I can actually sit through this movie. The more I talk about it.

it. I like Sci-fi. I like survival movies I liked Shyamalan. At one point they should have been gold or at least really good silver no it’s not.

In The End, Im Gonna Say

after Earth is I’ve rude for this guy for a while I think I gotta throw in that towel right after Earth have you seen. What’s your favorite Sci-fi movie that’s not you know Star Trek or Star Wars something else that’s like Oh Sci-fi that’s a cool one and sometimes I forget about that one whatever it is comment below. Let me know and as always if you like what you’ve seen here and you want to see more click right here to see more you.

The premise of this movie is cool enough. Jaden Smith has to survive and if it had better direction and better execution it would actually be good as it stands . Shyamalan was like alright Will Smith just imagine you being Mace Windu in the prequels Yeah, He was kind of boring out of touch. The fact that the other half of that crew is uninteresting and not really as good of an actor as the guy playing the actor playing the character. Will Smith brings all he can to the table. He was like I’m not supposed to be emotional, but I am all in although it’s almost like M night.& Jaden has that little omni-tool.& Mass Effect, so Will Smith can talk to him through there. The movie was boring. I wasn’t imagining that right. It was boring to be boring. It would be boring to the rest of the entire movie. The other half is boring and out-of-touch. The…. Click here to read more and watch the full video