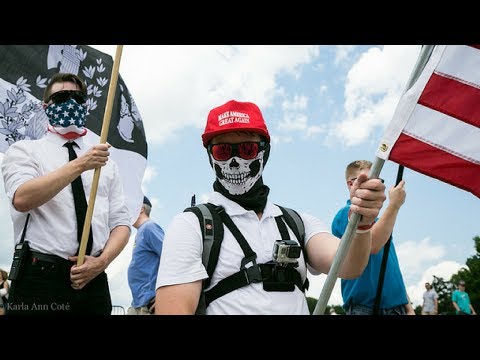 Hey There Everyone I Just Finished A

fascinating book entitled Kill All Normies online culture wars from 4chan and Tumblr to Trump and the UK right. It’s written by media scholar Angela Nagel. Very very fascinating work. It was a great read and it was a very interesting subject matter. What Nagel does is.

She She Explores What We Know As

the culture wars between the political right the political left but from the vantage point of online media. Now what we’ve looked at we’ve looked at this together in detail and some of our other videos where we’ve been tracking with the development of what media scholar men well. Castel X’ and others have called a networked society which is a new social order that bypasses the old bureaucratic institutional structures that used to serve as the mediators of communication and it replaces them with a mass network of. immediate interaction through digital information so for example, think of the ways in which the post office has largely been replaced with email right? We actually refer to the old bureaucratic institutional delivery system as snail mail right. Scholars of the networked society basically envisioned the world as radically changing particularly in terms of the elimination of many governmental and media based bureaucratic institutions with a future direct democracy that comes from digital interaction on the Internet in the Internet well now what they did not envision was that such a networked system would become a platform dominated by what we now term today the oath right but according to Nagle‘s work that’s precisely what happened she lays out for us a very interesting narrative here on the one side of the internet.

Over The Last Several Years You Had

what she called Tumblr Liberals and as the name suggests. These were liberals who dominated the so network sharing site Tumblr and we could put Facebook here as well and your Tumblr and Facebook recognized their audience and basically accommodated them. Facebook infamously features 70 plus gender options for its users. For example, I mean well what the heck well, what what that is is socially social media sites basically accommodating what they see as their main users and in the case of Tumblr and Facebook it was secular liberals. Now what Nagel basically argues is that the world of secular liberalism offers no room for white men.

In Other Words, Because Secular Liberalism Has An

effective voted itself to identity politics seeing itself as the voice of the excluded and the marginalized it’s incapable of thinking beyond which he calls the cult of suffering and the incessant practice of cry bullying and in such a world where we have. terms to describe crimes against sexual and racial and physical minorities such as misogyny and racism and homophobia and sexism and ableism And all this crap there’s no place for the white male in this world, and so what white males have done in droves is they flocked to another side of cyberspace as it were Euler Lee, The message board site for Chanin and it’s within this cyber world particularly world of 4chan that we’ve seen emerge a platform for this mass blowback against this tumblr liberal mentality in the backlash that’s developed over the years is a radically anti-UK anti-politically correct anti–feminist anti-social justice warrior culture that uses the shaming techniques of the left you know things like race shaming people talking about their white privilege or gender shaming the constant pointing to the glass ceiling for women right like we think we saw it. Victory Gala the night on the election with her stupid glass roof, Oh my! This kind of shaming was effectively adopted and then turned on to the left by this new emerging online culture. Now what Nagel points out is a couple of things are very interesting here. First.

She Knows That This Masked Backlash

against social justice warriors as as they termed them by the way. This backlash culture is legitimately cold all right not so much because of racist views per se those may be there in circles but more than that these sites are hosting not so much philosophical conservatives. It’s not so much that they’re for something you know politically or culturally speaking. It’s more that they absolutely hate and despise the political correctness. The multiculturalism, the social justice lingo the feminism and all that so they’re on the right by default, but now this new.

Writer, She Puts It Is Highly White And

highly male precisely because there’s no place in mainstream cyberspace as it were for them precisely because the social justice words are so quick to excommunicate them impugn and in shame anyone who doesn’t share their views and so in an amazing breadth of analysis. Nagel basically argues that it’s the political correctness and identity politics of the political left that created the old right. The old right is a direct consequence of the anti-male anti-white politics of the social justice left and we can see this I’ll be it in the strange manifestation and the person who emerge is sort of the patron saint of this all right. Perhaps better old light and that of course was none other than my lowly innopolis and I have to say that for really for the first time. I finally I think.

I finally got a peek into the online culture out of which he merged again. This is not so much a philosophically or morally conservative culture. So when Milo was of course a flaming homosexual when he came out as a right-wing figure, it was not necessarily be because of the things that he was for rather was because he represented this rage. This hate for all things politically correct and feminist and multicultural.

In Other Words, Those Things Were In

the white male has no place and what I really appreciate about Angela Nagle’s take on all this is that even though her sympathies are clearly with the tumblr Liberal. She nevertheless sees that this really is perfectly legitimate scorn and rage on the part of the old right. It’s true. It’s absolutely true that modern-day social justice warrior Liberalism is basically. men that they have no place among them unless they are their repentance right unless they demonstrate like the white effeminate Males and Hollywood demonstrate how a shame they are their race and their gender and their their sexuality only then are they allowed in the club and what this mass exclusion is done is twofold on the one hand.

Its Shut Down Debate.

Nega points out that the social justice warriors won’t even listen to alternative viewpoints they write their their favorite Chan is what are we for free speech What are we against hate speech they literally can’t see the contradiction in their chants. Pastor Doug Wilson has said that modern-day liberalism is based on two premises one were for free speech and two shut up well. Nagel argues that the refusal debate to debate.

Ben Shapiro and others made the. Less look incredibly small and petty and that’s what led to the second consequence of this mass exclusion and that involves the utter and had really almost unspeakable levels of mockery and contempt for these social justice warriors right the SJw’s and their political correctness by this alright media and it’s here and they in the realm of mockery and jeering that we can see what was in fact one of the death Nels of the Hillary Clinton campaign. Hillary Clinton basically thought that she could recreate 2008 all over again with the slogans I’m with her very upbeat very positive. She thought she could win in an optimistic idealistic liberal social media platform with lots of memes and ads and the like and of course what happened was the complete opposite everything she turned out on social media was immediately inverted with lampooning and mocking caricatures of the politically.

for so in many respects. Hillary ended up becoming a laughingstock in the world of online culture and this largely because the mass blowback against left-wing political correctness found its home online and so Of course, Nagel sees that the greatest beneficiary of this online culture war is one Donald J Trump and this from a two-fold front and this war on the one side are the undeniably nasty and vulgar and really over-the-top attacks on the liberal left by a mass C of these alt-right sympathizers, but on the other side, you have nothing short of a tsunami of alternative media networks that have arisen and response the increasingly fake and biased and pathetic reporting from the so-called mainstream median so you have the emergence of a virtual space that serves as a media for those who the corporate is globalist media. disaffected by secular globalized economy and so I think, along with such websites Drudge, Report, Breitbart News, World Net, Daily, Alex Jones Infowars, all of which receive tens of millions of hits daily billions Yearly you just see this rise of a mass media network that served as an echo chamber of sorts for the for the first front of the war, the attacking front, the mocking front, the mean creation front that again does go is very it can be very perverted, can be very over-the-top and and I do warn you you she’s going to detail just how pornographic and sexually explicit. This ol trite world can be.

But Nevertheless Its Clear That Were Seeing The

emergence of a mass media network that canon for some scholars already has overcome the mainstream media’s monopoly on news and information fact again as Nagel points out Donald Trump ran his campaign with the entire media establishment including Fox News opposed to him and he won and with her study. I think we can now see quite clearly why it’s a fascinating study and I couldn’t recommend it more for those of you interested in the changing trends that are going on in our media world. It’s just another example for better for worse of another segment of our society where the political and cultural right are beginning to overwhelm and dominate God bless.

Media scholar Angela Nagel explores what we know as the culture wars between the political right and the political left but from the vantage point of online media . Nagel’s work lays out for us a very interesting narrative here on the one side of the internet . Over the last several years you had what she called Tumblr Liberals who dominated the so network sharing site Tumblr and we could put Facebook here as well and your Tumblr and Facebook recognized their audience and basically accommodated them. We actually refer to the old bureaucratic institutional institutional delivery system as snail mail right. They did not envision that such a networked system would become a platform dominated by what we now term today the oath of oath right but according to Nagle’s work that’s precisely what happened she lays out to us . We’re looking at this together in detail and some of our other videos where we’ve been tracking with the development of the networked society . We’ll be happy to share some of these videos from this week’s episode with the…. Click here to read more and watch the full video