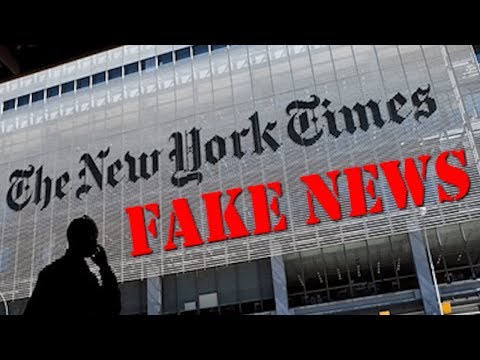 All Right There Everyone Leftists Are Destroying Themselves

that’s what we’re gonna be talking about on today’s video it’s that’s right if you could believe that ultra-leftist radicals are actually turning on the champion of all things leftists and that’s the New York Times and we’re gonna look at precisely why they’re doing it and why left-wing liberalism is inherently futile and destined to destroy itself. But first many of you’ve been kind enough to ask whether we’ve been demonetized by Google and UK and the sad answer is yes due to the some time shall we say controversial nature of the subjects. We deal with on this channel ad revenue is in fact periodically curtailed by Google and I wanted to make sure that you knew that we do have a number of different tiers that you can subscribe to in order to help this channel for as. as just a dollar a month if you click on either the patron to subscribe star links below. You’ll find a number of different tiers that offer some great monthly benefits to you all the while you ensure that we can keep bringing you these videos each and every day.

either the patreon or the UK star links below and see how you can support us for as little as $1 a month all right every dollar counts here and I can’t thank you enough for your support all right you’re gonna love this I don’t know how many of you have been following what’s been going on with the New York Times of late it has to do with a headline that followed the deadly mass shootings in El, Paso Texas and Ohio” target=”_blank” rel=”noreferrer noopener”>Dayton Ohio or of course if you’ve been listening to. Joe Biden in Houston and Michigan just a number of one of a myriad of reasons why Joe Biden will not be the Democratic nominee. Nevertheless, the New York Times led their first edition since Trump’s comments in the shootings with the headline Trump urges unity versus racism. Trump urges unity versus racism that was their headline of course the whole notion here was that Trump had officially denounced racism, which by the way he always has. Trump is always affirmed in his words.

Racism Has No Place In An

America first Nationals platform and that’s because in the Nationals framework the nation is the race Ok The nation is the race. Trump consistently talks about discrimination, but he talks about particular kinds of economic discrimination that adversely affects minorities, particularly young black men from entering entry-level jobs because they’ve all been taken up by illegal immigrants willing to work. Just a couple of bucks an hour under the table right. Trump has been the single best thing to happen for black unemployment in decades all right so that’s the dirty little secret. In all this.

There Is No Place For Racism In An

America first policy that seeks to protect the interests of all citizens of the nation. But nevertheless, Trump denounced violence and racism in response these horrific shootings one of which we after members carried up by a far left-wing wacko a hardcore war in supporting Trump hating democrat the one Dayton Ohio Oh drunk nevertheless denounce racism in the New York Times ran an appropriate headline. Trump urges unity versus racism well you see the problem here is that left is freaked out on Twitter over this headline because I made President Trump, who to them is the most horrible racist, since Hitler actually look respectable. Left has flipped out and took to Twitter and started a hashtag cancelled New York Times campaign so here’s what some of them have been saying Okay Now keep in mind these are leftists and this is what letters are saying about the single most left-wing major newspaper out there okay there’s no left-wing cause that the New York Times does not support and shill for but leftists are so inherently self–destructive precisely because their ideologies inherently contradictory, but they’re so self–destructive that they’re willing to kill even their number-one advocate which is the New York Times so here’s what some of the Twitter feeds are saying here this is from Glenn Martin. I don’t know these people but this is what some of them are saying how many times have.

I Said That The New York Times

is an effin rag the New York Times. According to this leftist. One are you effing kidding me New York Times Trump urges unity versus racism is an utterly absurd characterization of how Trump has addressed the mass shootings fueled by his unabashed white supremacy and his party’s opposition to gun control. Trump isn’t unifying he’s culpable as you can see these people live in their own biosphere right here’s. Another one the fact of the matter is the New York Times cares only about one thing money they want clicks and their views to sustain their digital subscriptions.

Cessation Ilysm Sells So It Matters More Than

journalistic integrity. The media has a lot of power and we must hold them accountable we demand evidence-based medicine and evidence-based science. It’s about time we demand evidence-based journalism-the New York Times and other media outlets rely on preconceived narratives over the truth based on evidence. Trump is a white A white supremacist who must be called out hashtag cancel New York Times and we can go on and on now to make this even more astonishing you ready for this in light of all this left-wing bashing guess what the New York Times did they freaking changed the headline when they put out the second edition of the very same story. They changed the headline to read Trump assailing hate, but not guns so Trump assails hate but not guns to make it a bit more compatible with this anti-gun sentiments of the ultra-left, which of course, the New York Times knows is their constituents right.

The New York Times Has A

business model and that business model involves keeping the left particularly the academic laugh. The aristocratic left happy gentry love. So the irony Here is that the one Twitter critique that complained that the New York Times. money it’s actually right they’re actually willing to change their headlines to accommodate the left-wing sensibilities of their readers. They really actually don’t care about anything other than appeasing their left-wing base for financial gain well.

If You Thought That Changed Headline Could Appease

the champions of grievance politics you’re sorely mistaken much to the times frustration the hashtag cancel New York Times continues even to this book right now as we speak it’s still trending on Twitter and it continues to be filled with Trump hating Vitriol now directed at the New York Times their very own champion for all things left-wing. Breitbart detailed a tweet after tweet of these left is celebrating their cancellation of the New York Times even the failing and flailing Democratic presidential candidate PattyNK] fired her own Twitter shot at the New York Times I mean it Chester what’s going on here right. saw the Democratic Party actually turning on Obama right the Democratic candidates. Now they’re turning on the New York Times, What the hell is going on here? Why is the left turning on itself well? There’s a number of things going on here, but I think at least you know I think fundamentally when it comes to outrage porn with a politics of manufactured outrage we’re dealing with something that by its nature can never be appeased and things that can’t be appeased inevitably eat their own. Angela Nagel pointed this out in her study on social media on how the nationalist right has been winning the online cultural wars and she observed how social media sites like Tumblr ended up becoming platforms for what she called a kind of cult of suffering and the incessant practice of cry bullying where every hint of privilege or insensitivity or bias was.

of shame and scorn and inevitably such shame and scorn knows no boundaries and begins to turn on itself, which causes it inevitably to implode to self–destruct that’s what I think we’re seeing here with the New York Times is very very similar to what we’ve been seeing with regard-left-wing college campuses or the start of the whole walk away movement the walk away from Democrats movement started by Brendan Straka. We’re finding more and more examples of left-wing liberals actually shooting themselves in the foot because of their virtue signaling their manufactured outrage because it knows no boundaries and inevitably. If therefore begins to turn on itself. You know the old saying right never interfere when your enemy is in the process of destroying himself well as it turns out it’s becoming more and more apparent everyday that there’s no. that saying than left-wing liberalism now before you go.

Weve Got A Great Video That I

just loaded up on how panicked the Democrats actually are for 2020. I think it’s good to make your day because we look at the same data. Democrats or looking at and more and more of them are admitting that 2020 is going to be a disaster for whoever gets the Democratic nominations so make sure to click on that top left corner of this video and I’ll see you over there god bless.

The New York Times led their first edition since Trump’s comments in the shootings with the headline Trump urges unity versus racism that was their headline of course the whole notion here was that Trump had officia . We’re gonna look at precisely why they’re doing it and why left-wing liberalism is inherently futile and destined to destroy itself. All right there? Everyone leftists are destroying themselves that’s what we’re gonna be talking about on today’s video it’s that’s right if you could believe that ultra-leftist radicals are actually turning on the champion of all things leftists and that’s the New York York Times. We deal with on this channel ad revenue is in fact periodically curtailed by Google and I wanted to make sure that you knew that we do have a number of different tiers that you can subscribe to in order to help this channel for as little as $1 a month if you can . Click on either the patreon or the UK star links below and see how you can support us…. Click here to read more and watch the full video