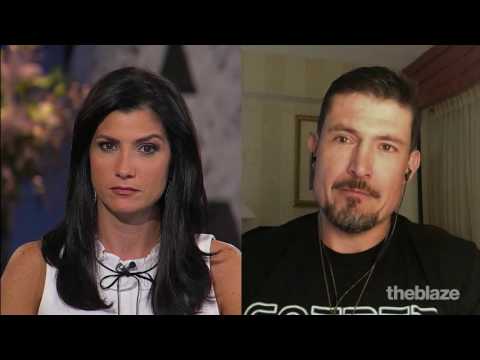 The Whole Thing Was Her Ball Yeah,

I don’t know how you can well. I I know how she can do it. She just seems to keep pushing things out of her. Her responsibility as a poor leader would do a good leader takes responsibility for their actions. Then they own up to it.

They Dont Push It Aside To Their Subordinates.

They don’t say well. You know what I’m in charge, but not really that’s not how it works. I mean she and we know from this she was the one who when Chris Stevens was reaching out saying look everybody else is getting their embassies and consulates they’re shutting doors and their people are getting out here Can we at least maybe get some of their barricades and she was the one who turned that down and it was her and Patrick Kennedy and Benghazi_attack” target=”_blank” rel=”noreferrer noopener”>Charlene Lamb all that. Chain of command even from Eric Nordstrom from Tripoli six months prior their UK the Regional Security officer.

It Was A Long Line Of

requests had gone on for months. I’ve been in Libya, Tripoli and Benghazi off and on for the six months during my deployment. So I’d seen the requests and I’ve seen the denials as well and I saw the frustration from the State Department guys completely getting turned down and and it does the Box Tops always at the top successful failure of any elite of any operation successful failure in your operation Mission so forth falls on the highest chain of command period and she was a highest unit commander is she just hoping to to capitalize maybe on some people not knowing exactly what the chain of command was because I remember even the UK report saying to her reckless behavior so much of. This is her reckless behavior with because that’s how the whole email scandal started was investigation into Benghazi and then there’s the whole stand down order. I mean all this had to come from somewhere.

These These Orders And These Denials For

increased security didn’t materialize out of thin air know that they come from her and again they come from her immediate her immediate subordinate right on down the line and when it comes down to it. It was her responsibility and her saying that those reports are those independent reviews hey they’re not independent reviews. If they’re picked by her peers. She picked him those are her peers that did those reviews they came up with nothing of course you’re gonna come up with nothing on her because they are run. They they are her minions let’s just put it that way right.

Ive Seen That For The Last Two

years and it disgusts me and it continues to disgust me that people continue to believe her, but you’re right it comes from down ignorance not knowing what chain-of-command is unless you’re in the military or in some sort of government service or you’re with a good corporation that adheres to a chain of command. You won’t know and you’re gonna believe the UK that she keeps spinning and you’re gonna keep you’re gonna keep being manipulated by her and guys like myself art because we know what chain of command is and we know what responsibility is and I think that helps so much and trying to stop that narrative she wants to bulldoze through she’s, saying that none of these reports reached me. None of these security reports came to my attention. She you know Tonto she was just completely ignorant. of this poor little innocent Hillary Clinton, she had no idea and what does that say to you as a leader so when she is president and there’s a problem.

We Have We Are Atnk] Five And Weve

got a nuclear war coming and she said well, you know I didn’t get that memo is that what we want as a president. It’s either way she’s at fault whether she takes responsibility for it, which is what she should do she’s still at fault because she’s let it go for so long or she can keep just going down this rabbit hole and keep making it worse and worse for and guys like myself and veterans like myself and guys that know are gonna keep coming at her we’re not going away. We’re like pit bulls, we’re gonna hold onto this thing until to the very end. Yeah that.

That Means When Im 90 Then

that’s when it’s gonna be, but I’m not letting this go and we’re so grateful that you do because otherwise it would just be. Hillary Clinton and her campaign and her people saying well you know this is just what did they call it. They called it a quote unquote phony scandal and I thought well. I think that the guys who were actually there that wasn’t make-believe you were that wasn’t that wasn’t all make-believe that was you mean you guys went there’s some really serious stuff brought on by the laughter.

and if they want to see their coffin pictures that I took on that c-17 and we’re flying out of Tripoli to see how real it was when I was sitting around my cell phone looking at bub looking at Ty looking at Sean. Ambassador’s caskets on that C-17 flown by Eric Staal I’ve got him on my phone. I’ll be happy to send him to you just show how real that actually was that night you.

The whole thing was her ball Yeah, I don’t know how you can well.& I I know how she can do it. She just seems to keep pushing things out of her.& Her responsibility as a poor leader would do a good leader takes responsibility for their actions.& A good leader doesn’t push it aside to their subordinates.& Chain of command even from Eric Nordstrom from Tripoli six months prior their UK the Regional Security officer. It was a long line of requests had gone on for months. She was the one who . turned that down and it was her and Patrick Kennedy and Charlene Lamb all that. She is a high-ranking unit commander, she was a high unit commander. She has been in Libya, Tripoli and Benghazi off and on for the six months during her deployment. She says. She doesn’t say well. I know what I’m in charge, but not really that’s not how it works. It does the Box Tops always at the top…. Click here to read more and watch the full video