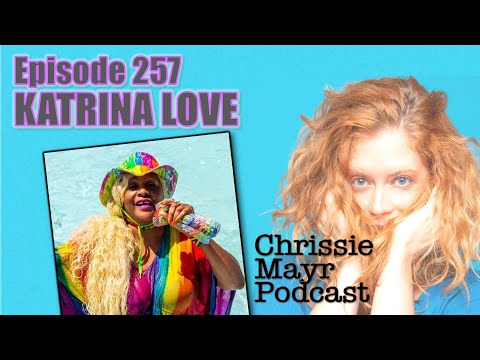 Yeah This Is Okay Yeah Were Doing It

We’re doing it. Let me make sure that we’re live over here. Okay five with Jordan the last person oh good. I don’t need a thumbnail. I’m just going to start boom all right.

This Is Good Hey Im Im

I’m taped we’re hearing it we’re live um what’s up guys welcome to the Chrissy mayer podcast we are on itunes, Youtube, spotify and Soundcloud and if you’re listening to us on itunes go ahead and leave a five star review won’t you please. I appreciate all the reviews that you guys have left so far um quick shout out to a couple of my stand-up dates that are coming up. I’m going to be in the Jersey shore the point pleasant New Jersey area. I think next week or so. July 17th Communions of the compound will be at Uncle.

Vinnies And Then July 20Th, Ill

com all right enough of that I’m so excited to have this guest on today. I’m really excited that she is here in person with me she’s kind of a legend. We are we are filming this we’re recording this from the famous villaroma resort. I was about to say resort and casino resort and conference center no but it’s a it’s a pretty legendary resort up here and I don’t even know the aroma song we’re up here that’s near the catskills.

She is a famous legendary performer here at villaroma thank you for coming up Katrina. It is pouring outside. I ca I was like oh her ring and lightning. I was like our both of our whole faces are going to wash away it just like it was a.

It Was A Torrential Pouring Um But Thank

you for coming here and yeah. I want to you have been performing you were saying before we started recording that you’ve been performing here for 40 years more than that more than 40 years. Yes more than 40 years wow how did how did you get into singing so? So like Yeah explain to the viewers like what you do here You’re you’re basically like like a one-man band you’re like you provide all this entertainment for for up here at aroma you’re always in the pool like every day you’re singing in the pool. You’re like hyping people up you’re you’re You’re having fun with kids and the adults but yeah what just um. I guess talk about like how you came to work here and how you got your start.

I Started Singing When I Was A

little five years old in the church. I wanted to be a gospel singer because I wanted to touch people with gospel. Then I turned I got it. I got in my first band why I had bands all around Boston. We’ll skip that the first band I had was from Boston Yes.

Im From Boston From The Um From.

first band I had is John Parker and I was with him for a long time um and then he gave me a band because every time I sang. I took over the front and people were asking me was it my band So he recognized this so he gave me my own band called Seduction and next thing. I know we were playing here at the chariot lounge Johnny Green and the Green man. He did a thing called Batman.

I Dont Know If People Remember

Johnny Green, but it was up in the chariot lounge and in the old club. I mean in the old building. I missed the whole building because there was a big fire here what like how many years ago Oh Jesus don’t ask me I’m not good with that maybe like fifth. I don’t know 10 15. it might have been time is.

Going By Fast Less Than That Maybe I

don’t know because I’m not like you’re like a villarreal or lifer. I just started coming here like a couple years ago, I’m glad you’re here Oh it’s so fun Katrina I love you um so you started okay so they so it was this guy who basically got gave you his your start here yes yes and then the agent. The agent booked me in here so and where else had you been working before you started here when I when I had my own band seduction. I played in Japan. We did Vegas and we did Japan every year for three months .

Then I Got With A Synergy And Ive

been with synergy almost 30 years now Andy he’s the one at the pool on the keyboard. Oh yeah He’s your yeah and um we traveled and we. played a lot of plays a lot of casinos and stuff and we had a nice time playing together as a band. We played here with the whole band and stuff. Then it just got down to me and Andy and this is what you see and i’m happy.

It Was Called Villarreal Okay And I

was judging for a long time for years. I would always judge I was the nice one you know so anyway they changed it to villa. Roma’s got talent and I didn’t judge anymore, But I do go down and I support and I see who’s singing so I could party with him in the pool, but anyway I it it’s it’s beautiful it is and then I started it was 14 and up the age so I had to start something for the kids at the problem. Katrina loves kids Oh okay so tomorrow is Katrina loves kids Idol Oh that’s quite nice and I give out five prizes to each one who sings right off the bat and then I have secret judges and they pick maybe three four winners and I have extra extra prize and that believe me they sing their heart out for this fourth prize. I mean this sixth prize so interesting interesting nice because you want to include like the younger kids that aren’t old enough to really participate.

And You Were Saying Before We Started Recording

that you have formed like such amazing bonds with these families that come up every year and you’re saying you lose track you’re like they. I meet them as kids. Then they get older. Then they have kids and then their kids have kids and third generation. I’m telling you.

I Just Met A Little Newborn At

the pool in it, his name Frankie and I was another one their own name Frankie. Here I tried to remember the other one’s name. I just saw them. They’re so little in there and I those are like the fourth generation these these kids that are having this let I tell you man yeah now. I’m spoiling other their kids the kids The kids the kids are the kids that grew up with me and they’re telling me I was in the tuck in.

The Pool The Other Day A 40-Year-Old Guy,

He said Trina. I used to follow you around this pool and you know and he was holding his son well. He was holding his son and then I met another lady and she has her daughter and she got a daughter and so I’m working on her kids. So it every time. I meet somebody it just stays with me and you look amazing like you’re not you’re like do you want to say how old you are I mean yeah you could tell them.

I Dont Lie About My Age, What

are you you’re like sixty sixty-six sixty-six years old. I don’t know if you guys can tell anyone who’s met Katrina you maybe look 45 yeah I’m not sure whatever you’re doing I need to I need to start doing maybe I need to add more rainbows. World I’m telling you. I am overwhelmed with happiness. I love playing here when they cut me out here at Villaroma.

It Broke My Heart.

Then they have petitions and stuff talk a little bit more about that because I remember this was something that I feel like must have shown you how much people here really love and adore you because there I explain what what had happened because I I know a lot of people came out and supported you because there was a little bit of like. I don’t know it’s a payment issue or what happened Oh this time yeah this time it was a payment issue. They they don’t pay me it’s I’ll be home. I’ll be home.

I go home and I don’t get paid until the next year Like this the not this year and last year last year that happened. Yeah and so I didn’t get paid for like you know to to June Wow, you know it’s like so you waited from September to June so they were paying me and it’s all 500 here five minutes a day. I want my money. I do my job.

I Want My Money.

I’m sorry it’s okay so they were supposed to you’re supposed to like when you leave the season In September. They’re supposed to I want to pay you the whole for the whole summer. I have been doing that for a while and I got behind in bills and my credit cards and stuff because I wasn’t getting my money. So then I told Andy I said I don’t think I’m gonna go back to Villaroma, but that was a lie because I I love the people.

So I Came Back A Couple More Years,

I Said I Cant I Cant.

I said what I’m going to do is just trying to fight and get it so last year. They they did good they they paid me so it feels like it made a difference Yeah. It made a difference but the people speak up for me when they cut me loose for like Oh God.

I Was Only Doing Certain Weeks And.

People on Facebook were asking me what weeks you’re going to be on and I would name those weeks that I would be on and other people calling like how come you’re not on our way. How can you I’ve been on 10 weeks for everybody you know for years and then they cut it down of course.

Chrissy mayer is on itunes, Youtube, spotify and Soundcloud and if you’re listening to us go ahead and leave a five star review won’t you please . I appreciate all the reviews that you guys have left so far . I’m really excited that she is here in person with me she’s kind of a legend. She is a famous legendary performer here at villaroma thank you for coming up Katrina.& It is pouring outside.& I ca I was like oh her ring and lightning. It was like our both of our whole faces are going to wash away it just like it was a torrential pouring. I want to you have been pe.& Chrissymayer.com all right enough of that I’m so excited to have this guest on today. I’ll be at Hyenas in Dallas, Texas. For tickets and details go to my website.& www.chris.chrissymayer.com/chrisymayer…. Click here to read more and watch the full video