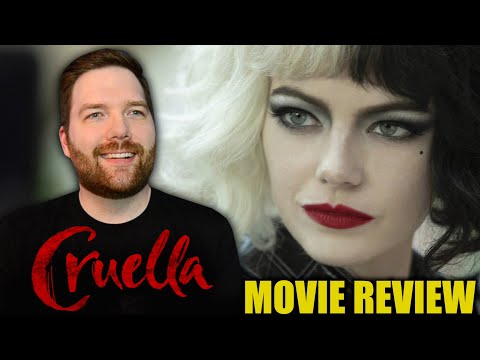 behind I Tonya and Lars and the real girl a movie you should see if you’ve never seen it it’s so weird and I love it. The film is set in 1970s London amidst the punk rock Revolution and it follows a young grifter named Estella, played by Emma Stone. She dreams of being a fashion designer, but she spends her days being a petty thief, but when Estella’s flair for fashion catches the eye of Baroness von Hellman, played by Emma Thompson. A fashion legend. Their relationship sets in motion a course of events that will lead Estella to embrace her wicked side and become cruella Deville look I’m going to be completely blunt.

I Didnt Care About This Movie At All.

I didn’t want to see it. I’m kind of done with disney live action stuff, so many of them have. been bad to mediocre. A couple of them are okay and some of them are actually kind of good, but I just can’t get excited for them anymore.

I Just I Cant Look Forward

to them anymore, and I don’t know if it’s because I’m becoming some old crusty sack or maybe they’ve just mostly been kind of bad lately, especially Mulan and I knew nothing about the film. I thought it was rated pg it’s not it’s. Pg-13. I thought it was a super family movie. It’s not it’s got some dark blumin in there I just thought it was yet another disney property.

Ip And Yeah Sure It Is You Know

they’re gonna probably make more if this is successful, but Craig Gillepsi directs with a considerable amount of energy, sometimes too much energy actually sometimes the scenes move too quickly and it feels like he. could have waited a little bit longer but I mean the movie is already over two hours long, so I understand why it’s as quick as it is, but the film moves surprisingly well and it doesn’t feel like any other Disney films to me. I mean of course, I mean I’m not like extremely well versed in every movie they’ve ever released, but it felt more like the devil wears Prada with a darker tinge to it and I really like the devil wears Prada and so I appreciated that this movie seemed like it was taking a few risks in that it does have some very dark stuff. There are some scenes that would greatly bother children. There’s death in it and there’s a considerable amount of implied violence and I know that a lot of parents will probably not like a few scenes in the movie, but I thought they were blumin Cool.

Emma Stone Is Good As Corella.

I liked her quite a bit. I had to get away from the fact that I always associate Glenn close with this character from live action, but she’s very good in the film. I guess Glenn close is actually a producer on the movie, which is kind of cool, but really the star of this movie and the person who steals every scene she’s in is Emma Thompson. I can imagine that having both of your leads named Emma was probably a little annoying on set, but she’s amazing in the film she’s one of the.

The Best Disney Villains In A Long

time. She is a ruthless relentless, absolutely horrible human being the stuff that she does and that it’s implied that she has done is blumin up and what worked so well about the movie for me was the mentor-student relationship between young Estella and Baroness von Hellman. The desperation in estella trying to please her trying to impress her with her designs and ideas for fashion. It’s something that really anyone can relate to if you want to create something and you’re trying to impress people who are in positions of power that you feel you need to impress to do what you want to do for a living and the twists and turns the movie takes some of them I expected absolutely 100. There’s a few things where i’m like of course yeah obviously, but there was one thing that.

Honestly, I Did Not Expect And

I should have seen it coming, but I didn’t so that’s good. I mean the movie had a pace to it that was infectious. The costume design is also beautiful and there are some things that I am just always going to notice. They’re always going to trigger something in me. A memory of some kind that I’m always going to pay attention to and one of those things is when Golden eye sound effects or sound effects that were used in Goldeneye 64 are in movies and there is absolutely 100 a gasp from a female character when she’s tased in this film that is definitely this every time they use a sound effect that was in Golden eye.

In A Movie Im Going To Point

it out without a doubt the thing about the film that bothered me the most is its. Incredibly aggressive soundtrack. All the songs are obviously hit songs from the 70s, but it’s almost constant. It reminded me of suicide squad where songs were very heavily relied on to create a feel. When at times the movie really didn’t need to revert to a song.

But There Are So Many Uses Of Classic

songs from the era, and it started to grate on my nerves a little bit because I felt like the movie was overly relying on that it wasn’t really creating its own tone or own feel sometimes and just hoping the songs would do all the heavy lifting and there are plenty of things in the movie that I could see Disney purists getting upset about people who think that it has to lead into the animation in a specific way or like something that she did in the cartoon has to be reflected here. Or they change the thing or they switch something around and I don’t like how they did that. I can see that people who who really want things to all stay the same and Don’t want to see anything new. I could see them getting upset by that and with every Disney movie. There’s always that part of me that’s like Oh Yeah.

Theyre Setting Up Something There And

and that didn’t really need to be in the movie, but they just shoehorn that blumin in just for the sequels and for the Ip and there’s always going to be parts of me that notice those things, but it happens man. I mean that’s how a lot of these things get made. You have to kind of convince someone else that there’s potential for more development and it’s really hard to do that sometimes when you’re trying to. to focus on making just one good movie. You can almost tell like Oh that’s where somebody told Jalepsi to put a scene in.

He Probably Didnt Want To Do That

but that’s in there now because he had to I don’t know of course, I don’t know if that’s true, but there’s just certain moments that feel like they’re there because somebody told them to put it there. But this movie surprised me. I mean maybe it’s because I had the lowest of the low expectations and I just didn’t really care to see the movie at all and i’m actually gonna recommend it. I think you guys should see it um it’s gonna be on Disney plus I believe I don’t know if they’re doing that premiere thing or whatever but also in theaters. It’s a gorgeous looking movie so it’d probably look amazing on the big screen.

Im Gonna Give Cruella A B-Minus

guys thank you so much as always for watching look forward to more reviews very soon, but I also want to give a big thank you to the sponsor for this video Squarespace from websites and online stores to marketing tools and analytics. Squarespace is the all-in-one platform to build a beautiful online presence and run your business. Squarespace has many great product features like mailing lists, get the right message to the right people collect email addresses through your website and send subscribers. The information they care about most with unique mailing lists video blocks present your videos from Youtube, vimeo and animoto on your squarespace site. You can add an image overlay to your video to improve your website’s load speed by waiting to embed video players until playback starts or portfolios and galleries present your work using squarespace’s professional portfolio designs.

share private work with clients so please go to Squarespace.com for a free trial and when you’re ready to launch go to Squarespace. com Chris Stuckman for 10 off your first purchase of your domain or website Thank you so much to Squarespace for sponsoring this video and thank you guys as always for watching look forward to more reviews very soon and if you like this you can click right here and get stuck manized.

Cruella‘s is directed by Craig Jalepsi, the man behind I Tonya and Lars and the real girl a movie you should see if you’ve never seen it it’s so weird and I love it . The film is set in 1970s London amidst the punk rock Revolution and it follows a young grifter named Estella, played by Emma Stone . Estella’s flair for fashion catches the eye of Baroness von Hellman and leads Estella to embrace her wicked side and become cruella Deville look I’m going to be completely blunt. I didn’t care about this movie at all.& I’m kind of done with disney live action stuff, so many of them have been bad to mediocre, but I just can’t get excited for them anymore. The film moves surprisingly well and it feels like he. could have waited a little bit longer but I mean the movie is already over two hours long, but the film moves very quickly and sometimes too much energy ….. Click here to read more and watch the full video