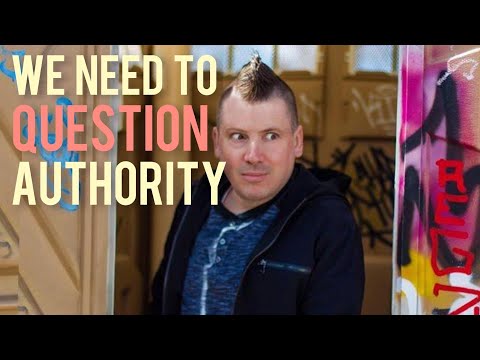 about Anthony is he he always appreciated you for you and that’s why you were there Yeah. He seems to accept accept people like just I don’t know as they are he can he he’s him no matter what and I feel like he can make a good show around anybody. You know he can make everybody look good. I was always honored that I got the job and I always truthfully was surprised and not that I didn’t bring anything there and I I came in as a third mike to him and artie and you know there’s so much drama and things that happened that but Anthony was never the cause of any of it and that’s something that he just doesn’t like drama. He’s not that guy and I don’t think crowder is that guy either but crowder’s willing to.

Create The Drama If Its Something That

he’s willing to die on a hill for and that’s you’re gonna get people to hate you. It’s not that they’re just gonna disagree with you. He’s willing to literally take bullets for his cause and that’s not something you see in a lot of people that’s why when people they’ve even asked me it shows people who are like they enjoy the show but they’re like he’s kind of a grifter right like he’s not really you know people will say that and accuse him of that online and it’s like no he’s one of the most genuine people. I’ve met yeah you can’t. I mean if he were grifting it’s like he he would be a lot safer with his takes he wouldn’t.

I Mean Didnt He Invent The

whole like um something something something changed my mind like that was him right yeah their only two genders changed my mind assault rifle shouldn’t be illegal to change my mind. You know whatever he’s gone and and people also accuse him of going and fighting against younger people at colleges people that are you know that they think is easy to debate. It’s like no those are the people though that are causing the issues. They’re the ones that are protesting and rioting and like that’s like Berkeley used to be a great school. Then I just turned into a bunch of people trying to destroy everything and everyone not have a conversation push an agenda like that’s who you go to you go to the people that don’t want to see you yeah.

and universities like well. I graduated in like 05 and that was when it it was starting to get a little bit social just to see to me. But it was still this place of like Oh everyone’s open-minded you’re learning a lot it’s higher education now it’s like it just feels like a kind of an army. You know like the like woke students in a university feel it feels like they’re building an army for something um yeah and I remember being somewhat woke like. I only went to community college for a year in second city, but the stuff that we’re.

the liberal version of it in 2001 2002 like when I started there Where it’s it’s it’s flipped somehow where the being able speaking truth to power actual power not becoming a spokesperson for Amazon and Walmart and all these companies you know becoming a don’t question pharmaceutical companies listen to people smarter than you like I hate all these phrases and things that the celebrities have been saying what way is that any sort of liberal thought there’s no it doesn’t make any sense to me The whole thing is you should be questioning authority and you should you make fun of who’s in power that’s the idea too with a comic you make fun of the people more powerful than you you. Don’t agree with everything that they say and push it on the people that don’t I mean that’s what it’s. become We have two people who are running this country Who I personally feel shouldn’t be and I personally feel probably didn’t get there legitimately no no. I think a lot of people can. Most people can agree on that I feel like it’s probably low-key still Obama time but um it’s.

getting in there and you kind of do have to shake the hornet’s nest because it’s not enough to just fire back an opposing opinion on Twitter or even on your show it’s like you have to get in there and make people think so whether it’s like setting up a sort of like debate, Lemonade stand or um yes yes speaking at schools, it’s like you have to break apart what is sort of established, and you have to force people to think because if you just come at them with. difference of opinion, It’s so easy to swap that away and be like no I’m right you’re wrong you have to make somebody think and explain their point we absolutely and the internet’s turned it into something where you don’t actually have to explain your point or have a conversation or really do the most important thing during a conversation which is listen to the other person. You know it’s allowed you to get rid of all of that. So the only thing is me screaming my point at you and you’re wrong If you don’t agree and most people’s points are just rhetoric. They’re not actual original thoughts and that’s something that is is I think missing from our society completely.

I Think People Are So Afraid Of The

response of others that they’re that they don’t want to be that honest. They don’t want to be that open. And that’s why we’re living what we have now? I mean why do you think most people wear the mask because they’re afraid of a germ or because they’re afraid somebody’s going to hurt them it’s because somebody’s going to hurt them. I think it dials down like the stakes of the whole day like if you’re somebody who’s walking around all day with a mask on like I think it lowers the standard for what kind of a day you’re going to have what you’re going to accomplish like you’re not going to really put yourself out there. If you’re a single person you’re less likely to like chat up a stranger you’re like I don’t know it’s just everything is dialed way down well everything about you everything about you being an individual is taken away and any ability to smile in a conversation or any sort of.

Nuance Is Stolen From You You

just become another thing that’s it a cog yeah a consumer It’s like and like what we were saying before like people I just know for myself like and I’ve had to fight against this feeling like not wanting to debate. It comes from a place of like you Nobody wants to sound stupid or misinformed or like Oh. I’ve been outed like I. I’m not as smart as I like to come across or I haven’t read as much as I want people to think you know behold look at all my books.

I Havent Read All These Yes.

I have some under a Tv I haven’t there’s Mike mouse’s there I read it um I understood probably at least 10 or 11 pages. I’m reading the um his new anarchy book now and it’s like I’m still in the part where it’s. Like other people,’s essays and feels a little dense, but it’s definitely interesting stuff Yeah it’s it’s yeah I don’t pretend that I I enjoy books about music and rock and and bands and very simple biographies.

like just hearing other people’s opinions I’ll read their opinions like right now I’m reading David Mamet’s book I didn’t know that he was a conservative but he became one so and because I love Glenn Gary, Glenn Ross and um Oh What is it Homicide was a movie that he made that I really liked with Joe Montagna that’s right um I I like that stuff and I like to just see what people’s opinions are why they became who they are because I’m still trying to figure all this out a lot of this doesn’t make sense to me and over the last. few years, people can say it’s red pilled or anything else It’s just I’m trying to follow where the logic goes and to where I feel that it’ll be safer for my son and I think a lot of people feel that way regardless of what side you’re on, but I just like to. I don’t know I like to hear what other people have to say logic and listening how how masculine of you yes I try.

Anthony was never the cause of any of the drama and that’s something that he just doesn’t like drama . He’s willing to literally take bullets for his cause, not something you see in a lot of people . He can make a good show around anybody and he can make everybody look good. He’s not that guy and I don’t think crowder is that guy either but crowder isn’t willing to. create the drama if it’s something . He always appreciated you for you, that’s why you were there Yeah. That’s one thing that I’ll always love about Anthony is he he always appreciated. He seems to accept accept people like just I don’t know as they are he can he he’s him no matter what and I feel like he can. I was always honored that I got the job. I always truthfully was surprised and not that I didn’t bring anything there. I came in as a third mike to him and artie and you know there…. Click here to read more and watch the full video