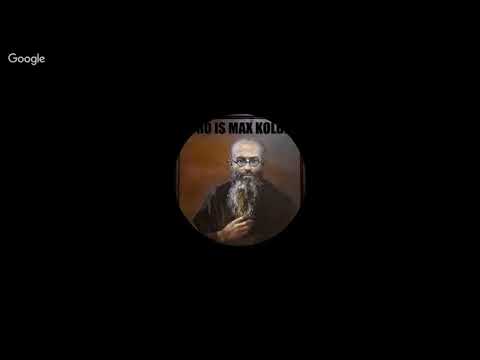 wherever you are welcome back there’s another red pill religion podcast I am again your host Max Ko UK please give us a like please Give us a subscribe please tell your friends or enemies. Please give us your financial and spiritual support on Red Pill religion Calm where we are dedicated the proposition that belief in the supernatural and the transcendent is number one normal to number two perfectly healthy Number three completely rational and four is indeed quite evidence-based so support our work on red pill religion Calm now I’m pleased to have as our guest tonight Dr. Steve Turley, who we’ve had on before say hi Dr. Lee hey everybody hi Max how are all of you. I’m a big fan of Dr.

Turleysnk] Channel I Discovered Him Some Time Ago

Charlies Central Theses That He Speaks

about regularly. Both in this new book that we’ll be talking about and on his Youtube channel is that in fact secularism or secular modernity or let’s just go ahead and say secular atheist modernity because I surely believe the atheism is central to it that that is dying that in reality religion is not just normal and natural humans, but it’s it’s like well. It’s it’s normal human behavior is normal human psychology so even if you believe there is nothing spiritual and we could have another conversation about that even if I would say to the average non-believer, even if you believe there is nothing supernatural and spiritual. It’s clear that we were built we. from the primordial ooze to use the evolutionary biology term to be spiritual, which is why you cannot you even try to beat spirituality out of humans and and they’ve been They rebelled and you try and program it out in their kid your kid out of the kids and it doesn’t even stick with most of the kids sooner or later.

They Start To Think Is There

something supernatural now and in his this book here that we’re here to talk about print President Trump and our post-secular future man where do you get these long titles? Steve how these sixteen election signals the dawning of a conservative nationalist stage Donald Trump rate again fire-god in trunk nationalism populism actually that’s a tendency to put keywords into your into your titles Isn’t it you got it I’m just yeah savvy with my marketing there I’m saying that is. new trend in a lot of books now this book you actually had out a few months ago. I believe but we’re here to talk about it again. I’ve been reading it. I will give us a preface that people should know if you’re looking for this book to be another make America great again and how awesome Donald Trump is you know always did then you know want to find another book.

This Book Is A Little More Cerebral And

is a little more at least from what I can see because I confess as a bad interviewer. I haven’t finished it yet but that’s okay I cheat and watch his videos and that’s that’s almost as good header of course is much bigger. I’ve always thought this but that’s one of the theses of the book right that there are forces way bigger than Donald Trump that make. Donald Trump a thing right absolutely I really I’m I’m trying to answer two questions in this book. One is you know what is post-modernism or sorry put a secularism and why is the world moving in a post-second the world so that’s kind of like a large post-secular splitting and there draw a small group.

The Scholars Are Not That Big Theyre

asking some important questions, but then the second sir if against of the 2016 election to what extent is the the results of that election as well as I would just say the whole process of the election reflective of processes that are much much larger than any one person or to those two those two questions kind of come together. Thisis that I put forward in the book at Donald Trump and his candidacy indeed his presidency is reflective of larger national economic populist. traditionalist that are in fact undermining of a secular society and bringing in the dawning of a of a post-secular society? So I I’m trying to answer a bunch of scholars on one side. It’s an invisible conference room there and also trying to really pin down what’s the the take away from Trump’s election we could go back and forth. In terms of this you know Dr.

Steve Utter Im Gonna Interrupt You And I

apologize we’re having technical issues. I think are you around you can you hover your mouse to the up to the top of your screen there and turn your camera off because I think we got a bandwidth issue and your robotic out still on your camera off. We should be able to hear you better all right let’s see how is that are you here you seem to be better so go. Ahead I’m sorry, what were you saying sure no problem so what I I don’t know how much you got from that? But the the basic notion that I’m trying to answer is that that Trump is part of a larger national some traditional blowback against the anti-cultural prophecies and then it’s a secular aristocracy in that these Gillison traditionalist trash are in fact the mental tenant that’s ization and thereby forging a bowl that did that in a nutshell is the thesis of the book All right so let’s look let’s have a look at the book itself here. It is on Amazon by the way it’s free on Kindle on women and 8 bucks for the paperback.

I Have It In My Kindle

Cloud Reader here let’s just say let’s just let me kind of repeat what I think I just heard he dr. Charlie stay here. Before we dive into the book that is that basically said what we might call secular modernity. I usually identify it most closely with cultural Marxism Myself. I think we’re actually entering an era where you can say the world’s cultural Marxist out loud and people don’t call you a tinfoil hat conspiracies the earth anymore because it’s clear that’s what it is and it’s it’s and cultural Marxist, which is what’s it and the secular elites did you notice how they stole the word secular form from us.

I Think We Had We Talked

about that in the previous conversation secular used to be how religious people went out in public and found a way to get along Shen‘s and stuff like that but secular has come to me and I default atheist it’s come to mean politically correct it’s come to me be almost a straightjacket life philosophy. and lifestyle that what I would identify is is that basically upper-middle-class rich people in isolated bubbles will in places like Google and Facebook and Microsoft and Hollywood can sustain this super politically correct I’m okay you’re okay the worst thing you can do is judge someone mentality that’s central to like what we call this sjw phenomenon or the cultural Marxist phenomenon or the globalist secularist phenomenon. We’re really talking about pretty much the same thing there aren’t we I’m with those terms oh absolutely actually. I devoted a chapter on that and where I got the title from it’s Chapter 5. President Trump in America’s post secular future where I I talk about how multiculturalism and political correctness.

The Ethical Structures Of Secularism And The

I Used To Consider My Classical

cause of the world’s problems. This is going to be inevitable. I’m and I frankly. I’ll give my opinion that until we get a return to what I would call authentic more Orthodox Orthodox with a little mo but still Orthodox religion back in the culture. We’re gonna be in trouble tell you what though I want to go chapter by chapter on this so let’s start You have two parts of the book.

Part One Globalism And The Nationalists

blow up blow back because this is how doctors Tarly sees it and I see it in these terms so to others. The main main fight. There’s other philosophies that but the two big fights right now are with globalists who we might as well call a form of communist or form of cultural Marxist a social justice leftist. All those words essentially mean the same thing versus ethnic and civic nationalism and the way Dr.

He likes is one that’s religious, not pratik but religious so let’s go back to chapter what’s go to Chapter 1. The conditioner. NK] Lewis’s vision of the establishment.

Christian actually not a theologian, but real great writer a lot of people like him. So what were you trying to do with chapter one or try to get across Yeah I thought that UK Lewis had a fantastic analysis that came from his 1944 Ibly was published book The Evolution of man, a fantastic analysis by said that. that he saw happening back in the mid-twentieth century in his day and what he noticed is that modern secular society by definition is a it’s a technological society I D that’s run and it’s a society that’s run by technology and therefore it’s run by scientists and Nations and so he technocrats they used to call.

Dr.& Steve Turley, who we’ve had on before say hi Dr. Lee.& Lee . Dr. Turley talks about secularism or secular modernity or let’s just go ahead and say secular atheist modernity because I surely believe the atheism is central to it that that that is dying that in reality religion is not just normal and natural humans, but it’s it’s normal human behavior is normal human psychology so even if you believe there is nothing spiritual and we could have another conversation about that even if I would say to the average non-believer, even if there is . nothing supernatural and spiritual, we were built we.& from the primordial ooze to use the evolutionary biology term to be spiritual, which is why you cannot you even try to . beat spirituality out of humans and and they’ve been They rebelled and you try to program it out in their kid your kid out of the kids and it doesn’t even stick with most of the ….. Click here to read more and watch the full video