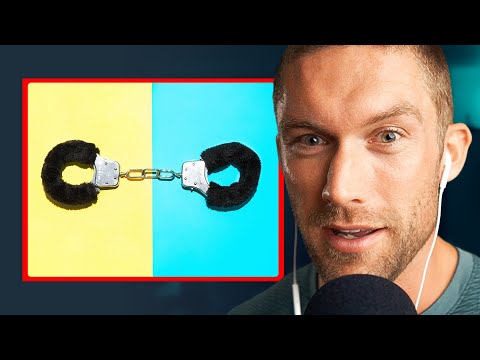 This Is In Quotes While These Analyzes Provide Clues

as to what motivates or triggers rough sexual behavior. Several questions remain enhancered. Jealousy may be one motivated for men, but rough sex was reportedly desired and initiated by both sexes. So what the motivators are for both sexes are particularly for women remains unexplored. What are your thoughts on that Catherine um my thoughts on sounds familiar um but I think they’re so you in terms of the sort of at Explorer the what’s driving women to initiate rough sex or to be interested in it.

I Think There Could Be A

couple different things. One of them is actually what you were alluding to before this issue about the idea that you’re that a guy may want you so badly be so passionately in love with you that he is not as careful as he might otherwise be and. You know there’s a long history of women finding that at least appealing in their fantasy lives If you think about romance novels and bodice Ripper romances, I mean they’re all about the guy not being able to control himself and and like I will die if I don’t have you kind of thing and the idea that somebody could be that incredibly devoted to you. I think is appealing to women who are often very interested in commitment right and the idea that you would have that kind of power over another individual in that sense. I think is appealing so I think that that could be part of it .

You know been this sort of idea tossed around that it could be similar to um. What we see in some other animal species where females will require males to demonstrate their own. sort of physical prowess and so my favorite example when talking about with students is what we call the bump test and so this is something that happens in Gladiator Frogs and so Gladiator Fries will approach a female frog, and she will actually be aggressive towards him and if he runs away, she won’t mate with him, but if he’s pushy back, then she’ll actually have sex with him right so she’s like selecting for sort of aggressive and physical strength on the part of the male Frog right and so there’s this idea that maybe females are doing that you know unconsciously in humans. Sometimes and they may be initiating this because they actually are you know taking some sort of reward or pleasure in testing male ability to demonstrate their strength right in the same way that women might enjoy watching men compete in different kinds of.

of showing off prowess that makes sense. It’s the closest. I suppose that a woman could get to experiencing a man’s physical strength kind of all brought to bear on her Yeah Yeah. I think it’s like if you imagine the sort of the kinds of some of the kinds of things that are that that are in that assessment of rough sex right. It would include things like wrestling right and sort of that kind of play fighting and overpowering kind of thing and yeah.

It Is Its Typically Going To Be The

closest thing that you would experience to that and so it is a way of sort of trying to assess that and in a playful way not really a threatening way what about the novelty seeking but not aggression thing Yeah well so that was mostly looking at sort. of motivations and the idea that just sort of trying new things openness to experience is associated with it. So in the study, there were a bunch of different questions that asked them about what kinds of things and experiences do you find associated with your experiences of rough sex? Whether it’s a male or a female initiating it and one of the things that popped out was this idea about trying it because it’s something different it’s something new we were bored you know we saw in in a movie. You know different things like that being indicators and it was correlated with a bunch of other things that are associated with novelty seeking like having sex in public places engaging in um sex with sex toys things like that so it seemed to be more about novelty than about aggression in terms of like having negative. feelings about the person that you’re being aggressive towards and the one sort of one that that was also in there that that that we talked about that is it’s interesting because it kind of has a little bit of overlap is this issue about sexual jealousy that when men may be experiencing sexual jealousy they may be more likely to engage in rough sex and in particular the rough sex was actually just being rougher during the sex act thrusting harder penetrating further what was interesting about that is that the women reported experiencing a shorter duration to orgasm when they engaged in that kind of sex.

So I Mean It Could Be Rewarding For

the women because it’s actually maybe extra arousing maybe providing better stimulation. How did you study the that we asked people we didn’t right like have them come into the lab. and tell them We want you to have sex like you really you’ve got it You’ve got another half an inch out of it. Though you’ve done very well.

Yeah We Did Not Do That, Although It

would be fabulous. If somebody did do that kind of study, but no we did not. We were asking undergraduates so we did not have them come in engage in activities glad that you didn’t have to go through that what’s happening people if you enjoyed that then press here for the full unedited episode and don’t forget to subscribe peace.

Jealousy may be one motivated for men, but rough sex was reportedly desired and initiated by both sexes . The idea that you’re that a guy may want you so badly be so passionately in love with you that he is not as careful as he might otherwise be and. That idea is appealing to women who are often very interested in commitment right and the idea that . you would have that kind of power over another individual in that sense is appealing so I think that that could be part of it . There’s also an idea that it could be similar to . females will require males to demonstrate their own . sort of physical prowess and so this is something that happens in Gladiator Frogs and so she will actually be aggressive towards him . If he . runs away, she will . actually have sex with him, but if . he’s pushy back, then she’ll actually have to have sex . The author of the book says. If you think about romance novels and bodice Ripper romances…. Click here to read more and watch the full video