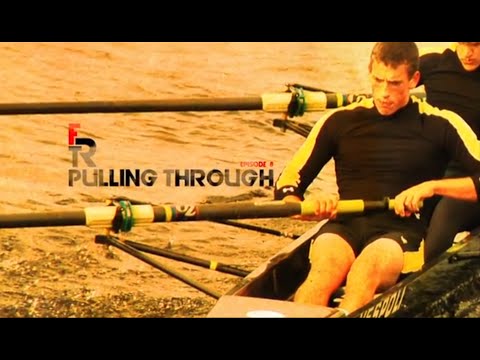 Were Going To End Our Program This Evening

with a story that focuses on a very unique individual. A person who has mastered the ability to focus on what he has rather than what he’s lost if you’ve had a bad day. Today, you’re going to want to see this if I’ve said this once I’ve said it a thousand times everybody is born with a for a reason. Everybody has a purpose in life and um and and we’re going to keep our eye on blake because he’s the kind of guy that I think will find his purpose and could change the world. I remember being in the ICu and then saying them saying we’re going to surgery.

Were Going To Try And Figure Out Whats

in your leg. Then I’ve gotten nothing for about six weeks. In the spring of 2009. Blake Haxton was a high school. senior, an honor student and a world-class athlete.

He Was Being Recruited By Harvard University

and was looking forward to rowing in college. Then tragedy struck just two months before graduation. Blake was in a fight for his life against a rare flesh-eating disease called necrotizing fasciitis and we’re sitting right by the bed. Thinking there’s no flesh it’s just muscle and then that night he he got worse and worse and worse. I had my hands in his head Nick one night and he was literally dying and I heard the beep behind you go d t t and I’m thinking about going down and kissing him goodbye turning out the lights and heather was playing his funeral older brother called and said tell him his brother loved him and he’s past tense and i’ve said before that might have been where we were but blake just wasn’t ready.

Just Yet Six Weeks And 22

surgeries later the star athlete, who had seemingly lost everything was already spreading inspiration if you can keep focused on the future, you know set goals keep good things positive things in mind, then there’s there’s really no reason that you can’t go wherever you want to oh yeah It’s definitely made me more focused on you know we only have so much time and you don’t know how much time you have and i’ve wasted plenty of it. Don’t get me wrong, but it absolutely makes you focus on what really matters where do you really want to go, What do you really want to get done today. Blake is a college graduate attending law school. He is also a coach, a public speaker and an advocate for the disabled legs or not. It is my job to take full advantage of everything.

Ive Got Going For Me Everybodys Got Issues.

The only difference between me and most everybody else is you can see mine when you walk in the door that’s it and a lot of people. You know I think attribute you know some a greater challenge to me. Probably that is that is really warranted.

You Know Ive Been Lucky And Blessed

in so many ways. When you finally take that deep breath and you know he’s going to be around and you know it’s going to be different and then he reacts the way he does and inspired you a little bit and then the heck of it is you’re not allowed to have a bad day because you know how do I have a bad day when he’s having the days he’s having which are really good days when I see him and my pettiness also doesn’t matter. I’ve told people a lot they’re really I think fundamentally two different ways to look at my life. The first is you know well.

Ive Lost My Legs And Isnt This Terrible

or you could look at it and say well yeah, But you should be dead and you’re not so all the positive things. I’ve gotten to experience which there have been so many of since I got sick. I would have never had a chance to experience those fans arrived so when you look at like that it’s it’s all upside.

We’re going to end our program This evening with a story that focuses on a very unique individual . Blake Haxton was a high school senior, an honor student and a world-class athlete . He was being recruited by Harvard University and was looking forward to rowing in college . Two months before graduation he was in a fight for his life against a rare flesh-eating disease called necrotizing fasciitis . Six weeks and 22 surgeries later the star athlete, who had seemingly lost everything was already spreading inspiration . He says he’s the kind of guy that I think will find his purpose and could change the world. He says everybody is born with a for a reason. We’re looking for a purpose in life and we’re looking to find a new purpose in our own life. We are happy to give you a chance to share this with us tonight at 8 p.m. ET on CNN iReport.com/Heroes. Back to the page you came from iReport ….. Click here to read more and watch the full video