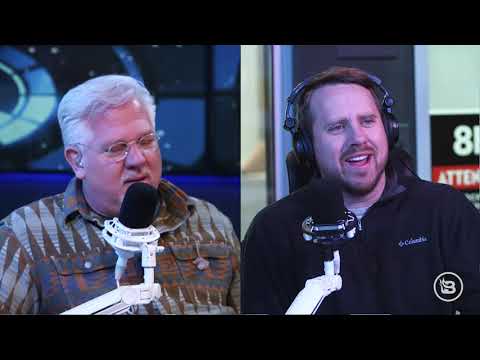 So Kyle Rittenhouse Has Been In The Studios For

the last couple of days and he was here Monday as a guest of Elijah Shaffer, who is joining us Now. He’s the Blaze Tv host of Slightly Offensive and the co-host of you are here . You are here did the interview with Kyle on Monday and that’s because you’ve kind of become friends with Kyle Yeah very good friends actually it’s it’s been a friendship. I never thought I needed. But after 2020 I need somebody who’s gone through worse stuff and yeah yeah Yeah.

Hes At The Top Yeah I Think Hes

at the top of everybody’s list right now . Let me let me play the first interaction that you had you were there the night Kyle right before the shooting happened. You did a quick interview with him here. It is this is the buddies. What are you guys doing out here? We’re protecting from the citizens and I just got pepper sprayed by a person in the crowd, so you had non-lethal but you didn’t respond We don’t have non-lethal so you guys are full-on ready to defend the property yes we are now If I can ask can you guys step back medical ems right here so that’s the first time and and I like the way you were because you were doing the little the camel soup can with a string on it right so you were talking into a camera what mess did you have on at this point.

had on one of the masks that work it’s a gas mask military grade so yeah. I mean that thing was that is thick and that filter is huge and I could barely hear. So yeah So you were there You knew I mean we talked to you. I think the next day or you were still there and you said no No. This story is not what they’re painting it is I it is to be He told me yesterday .

In The Interview That Well Release

Yeah I Mean From The Beginning

I’ve got to get in contact with this guy because he’s got to know that people in the public know the true story the someone that was there knows that he’s innocent of murder that this was a self–defense clear-cut self-defense. I knew it that night. I witnessed it with my eyes and so you know. I quickly found out who he had retained got in contact with his legal team.

Quickly Was Able To Talk To His Mother

and you know I was able to get information to. We’ve been facetiming for the last year or so and just trying to keep his spirits high praying together laughing together. He likes to talk about girls, you know typical 18-year-old guy so just a normal kid Yeah he is and in it you may not have you may not have felt the same way um, but when I when I interviewed him yesterday sitting across the table from him he is a kid. I mean I it was like talking to my 17-year-old son you know he’s got the mindset of he’s not political um he’s he’s he’s he doesn’t want to be involved in you know he’s not some Crusader. He’s not a crusader he thought at the time he wanted to be part of ems so he was going down to to do that because that’s what he wanted to do for life.

And Hes Hes Thing You

know you say he talks about girls He’s a kid. He’s an 18-year-old kid legitimately. I mean when we hung out. He just wanted to again talk about girls play video games and you know just go eat steak he didn’t even know what a rib eye was. You know I mean.

I don’t know what steak to order like. I mean what 18-year-old knows the difference between prime rib Ribeye and yeah. He’s like what’s wagyu. I was like you can get it if you want, but I’ll buy you whatever you want but I mean this is definitely just some guy who’s out there.

People Say Well You Know How

did he go out there with a gun if he was 17 or whatever and you’re just going to. Bro we’ve sent people to wars at that age too like I mean it is an age where a lot has been asked of young men and yes In the age. He is a young man and he has responsibilities and again. He defended himself like a man would but at heart. I can’t believe that that’s that’s not the kid that I would have thought would have went out to defend property yeah because he’s just so drunk overall innocent nice.

I’m not a sweet kid like to my wife and it was just like oh it’s so good to meet you gives her a hug and was like I’m so happy to see you in person finally because they facetimed and and I feel yeah like I’m talking to my nephew. He’s not a visa. This is not a murderer. This is not.

At Racist, What Are They Talking About When

he he was talking to me He’s go He’s going to go to Arizona_State_University” target=”_blank” rel=”noreferrer noopener”>Arizona State. I mean he’s going and you know they did they they didn’t want him on they didn’t even want him on on virtual campus let alone on campus and he’s just got this attitude of I you know they’re going to say stuff to me that’s okay. I mean I don’t want to talk about politics talk about my dog. You know I’m just I’m just there for an education. He really thinks that I think he thinks he’s going to go back at some point soon to a normal life and I don’t see that happening do you you can’t because life isn’t normal.

I Mean Even For People That That Are

still pretending like it is you got to wake up and if you’re brought. into the cultural war If you’re brought into the the battles I mean at Arizona state, They had a protest against him screaming over microphones to maybe 100 people about how you know they’re letting a man on campus that killed three black and brown people and they don’t even have his story correct no so they were white the public doesn’t even know what happened and they don’t care to correct that you know even if they lost their their slander campaign on him to get him put into prison for murder, which it was clearly self–defense. They still have the stronghold on the narrative that this is a white supremacist that killed black people that were the farthest thing from him but yeah, But this is what this is what the media does they go well. We have a loss here, but you know what we’re not going. The articles we’re going to leave the google searches up and it’s still you know it’s still against Instagram’s policy.

He Tried To Put His Name

in his instagram account. He’s not a criminal he didn’t do anything he didn’t do anything wrong by the by the court of law. He tried to put his own name Kyler in house in his name for his instagram account and it was against community standards apologies to all the Kyle written houses out there that exist wow you can’t use your name on on social media. You can’t what I find amazing is you can’t post anything about him no because you’ll be violating tell the story yeah so obviously I’m connected to the to the trial to the case Facebook and Instagram knew that they you know had had started striking this is early on I was obviously one. of the first people putting a lot of stuff up about this case and they started first removing the posts.

Then They Started Blocking The Posts.

Then they started contacting us and then they said they were going to delete my account. So we reached out to them and they made me delete everything off of off my page of Kyle written house to keep the account up and what was insane was. I have other social media so I just told everyone go to this social media go to my telegram go here. If you want to see updates.

Im Going To Keep Updating You

just they won’t let me do it here and so then they they write us and they go to delete my account saying Oh you have kyle rittenhouse propaganda or whatever on your account. I’m like wait No I deleted everything there was an old story if you’re not familiar with instagram. There’s like a 24-hour post that you can post and it archives quote-unquote into their hard drives. There was an old post from like five months ago that was only up for 24 hours saved onto their hard drives and they threatened again to delete my account versus a post from five months ago that wasn’t even visible to the public unless I went back into their archives and had them delete it like that’s how insane they are They had to go delete them off their hard drives like off the archives of their servers in order to keep the account active and I can’t even post articles with his name.

I Have To Blur Out His Name

still today yes they haven’t changed their policy on my account other people. I can’t he’s been found not guilty and it’s still wrong for Elijah to post anything about him like hey congratulations Hey look who’s not guilty not even a picture with him. I couldn’t post a picture from from I’m On an interview with him on Youtube can’t even put a clip up. I mean you’re talking about a journalist who actually conducted the first known interview basically of this entire story before the shooting who can’t discuss the shooting in the case that’s insanity that’s their stronghold on the information that’s what you were saying about him can he go back to normal life.

we don’t live in a society of truth and yes the truth is you were acquitted. It was self–defense and you didn’t do anything wrong by the court of law and yes that’s the truth unfortunately man these. I don’t know by the power of demons like I don’t know what it what to claim that they operate by, but I can tell you that their ultimate goal is disinformation.

Kyle Rittenhouse has been in the studios for the last couple of days and he was here Monday as a guest of Elijah Shaffer, who is joining us Now.& He’s the Blaze Tv host of Slightly Offensive and the co-host of you are here . He’s at the top of everybody’s list right now . Shaffer: “I need somebody who’s gone through worse stuff and yeah yeah Yeah.& But after 2020 I need somebody . I never thought I needed.& Shaffer says after 2020, he needs somebody who has had worse stuff like this.& So yeah So you were there You knew I mean we talked to you. The next day or you were still there and you said no No.& This story is not what they’re painting it is to be He was in jail.& In the interview that we’ll release tonight he was in prison. He said he was going to um to the police.& They took him downtown….. Click here to read more and watch the full video