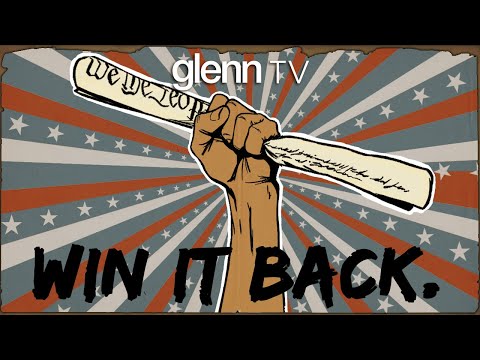 For The Last Few Days I Have And

I Am Tired Of Exposing Corruption

doing our homework finding going overseas and having documents translated to make sure they’re exactly right presenting the evidence. We know what’s happening except then once we expose it nothing happens Nobody goes to jail nobody pays for a damn thing anymore nothing if you and I did half the things that people in Washington do every day you and I would go to prison. Clinton got away with. It even the left knew that the Clinton foundation was dirty They sold uranium to our biggest enemy Russia. Nothing now she can take confidential top secret emails and put them on her server at her home.

Something You And I Would Go To Prison

for we would be in prison for the rest of our lives not a big deal. Benghazi No not only did we show you that we were gun running to a group in Syria that became isis that’s what we were doing in Benghazi not only that but just the killing of a Us ambassador and might I point out on veterans day we abandon our troops did anything happen Nope nope nothing nothing I’m tired of it. I’m tired of of actually being open and saying okay well. Let’s look into the spying on this presidential candidate that’s a pretty hefty charge were they doing it and then finding out yes they were and nothing happens. He was colluding with Russia.

My Gosh That Should Be The Biggest

scandal of all time if that were true if it wasn’t true and it was started and evidence paperwork even showed that they knew all the way to the white house. You’d think that would be even a bigger story lying to the fisa courts nothing creating an enemies list nothing using our own intelligence agencies to assist in this operation spending millions of dollars on a claim they knew that wasn’t true the collusion on Russia. They knew it in it before the president was ever elected the scandal the loss of billions of tax dollars in Ukraine. No big deal the lies and the collusion with the Obama. Administration in Ukraine no big deal Hunter Biden forget about Barisma, What was that seven billion dollars Ah who cares look at Hunter Biden and his his father in China, Oh but we don’t have any proof of that yes.

We Do We Have All The Proof

anyone who cares to be honest needs. We have all the documents on his own freaking laptop, which had been verified for people that were working with him who were democrats that had those those same emails on their computer Nothing the scandal of our Justice department the deep state which I didn’t believe in four years ago my gosh you’ve got to be dead and probably voting in the last election. If you don’t see the deep state the corruption of our media, our media telling us to deny our own eyes. There’s a car on fire and they’re like Oh nothing’s. Happening here it’s totally there’s a car on fire behind you, But we’re not supposed to notice that good has been made evil and evil is made good.

They Ask You Now To Dont Believe Your

own eyes believe us our country is being torn apart on the streets by radicals who are marching with no trump no biden no America signs but don’t worry about that this is just a peaceful group really our children are being indoctrinated with all kinds of crap telling them that they’re racist because of the color they were born with the teachers unions completely out of control the lies of black lives matter Inc and no one seems to care. No one seems to care that black lives matter is actually a corporation that black lives matter on their own manifesto said they wanted to destroy the nuclear family, but that’s all fine. Antifa no They’re not wild in the streets, It’s only an idea Yeah kind of like Nazism was an idea but yet if you support the constitution. If you just say I want a fair and legal count you’re a radical you’re an anti-government Zealot I’ve had it I’ve had enough I almost didn’t make the show last week because this is what I wanted to say to you except it would have been followed with so see you later you know how hard this is I know you do because you’re doing it in your own life Do you know how hard it is to know this stuff to be able to prove this stuff and yet nobody seems to care. You’re the bad guy and then to tell yourself remain peaceful with love in your heart.

Let Me Get This Out Of

the way nothing is over CnN. Fox News surprisingly enough Don’t have the power to declare victory for anyone the Hypocrisy from the mainstream media and the left calling for Trump to concede and just roll over and accept the results is staggering when you have democrats oh just just so happy to accept their defeat really when when have they done that when have they in the last 20 years accepted defeat not since George H. w Bush al gore launched a 36-day legal battle in 2000. I was in Florida. At the time he didn’t fully concede until December and even to this day.

election. They delegitimized him the entire time the same that was just a dry run for what they did to Donald Trump to this day, Democrats claim Russia Stole the 2016 election to this day they spent over 30 million dollars to try. To prove it? We spent what a hundred bucks and some phone time and we showed you it wasn’t true and by the way who’s the governor of Georgia right now well. If you ask Stacey Abrams and many within the Democratic Party, it’s Stacy Abrams They didn’t give up that she still says that was a real gentleman election she lost by 50 000 votes. It’s illegitimate.

Democrats are the biggest sore losers of all time but trump but trump. If he just doesn’t roll over you know what screw you. There is a process and the trump campaign has every right to see it through it May or may not change the election but the process matters the law matters. Democrats and the media are doing everything in their power to convince you that what trump is doing right now is not normal it is.

I Told You Before We Went Into

this election how the left is organizing street protests to force Donald Trump into conceding well did the right do that In 2000 did we start burning things to the ground while the Russia investigation was going on No And you know what Bill Barr where the hell are you? Where are you? I am sick and tired of everybody saying that you are so great Oh my gosh. He’s just the fairest guy ever where the hell are you we don’t trust our justice system? What are you doing the left organized to force trump’s hand is now moving into phase two new protests began last Friday. If you scroll through their list. They plan even more action going all the way into January, but we’re in the eye of the hurricane. Right now do you notice there were these everybody was.

Set To Riot On The Streets

They Will Be In The Streets

rioting I showed you earlier the linchpin for these protests to really kick into high gear would be if trump refused to concede the longer this drags out the calls from the left to hit the streets are going to grow louder forget the fact that this is quite literally how the process works a process. Democrats take advantage of every time they lose stop lecturing me about trying to delegitimize the next president. It’s not official until December 9th. There is a process outlined in the constitution and it is Donald Trump’s duty to investigate this election Yes. There are anomalies yeah believe it or not It’s very important that we learn to separate the crap from the real questions and there’s a lot.

I Mean We Are Neck Deep In

I have several questions that i think should be asked why were the poll watchers in Pennsylvania kept away from doing their. jobs one poll watcher said and I quote we literally had no input and no ability to watch anything. Similar claims were made in Michigan. Although poll watchers were inside the rooms they weren’t allowed to be close enough to actually see anything.

When Word Of This Got Out

take a look at what they did Oh yeah, but that’s easily explained away. I’ve never seen anything like this before why would you cover the windows well the city of Detroit, which is squeaky clean told Fox news which is so on our side that they did this to protect voter information and filming ballots but look how far away. The actual vote counters are from the windows, how are you going to see that I said over a month ago that it would be the changes in the rules and I guarantee you. This is where you’re going to. get them if there’s a way to change the outcome of this from Biden, which really looked on election night like it was for Donald Trump and then all of a sudden it went to Biden” target=”_blank” rel=”noreferrer noopener”>Joe Biden well.

Maybe Thats All Legitimate But Let Me

tell you something it’s going to be in the changing of the rules in the middle of the game, shifting to mass mail-in ballots I told you it would cause an insane amount of chaos and open the door to either real fraud or at the very least the appearance of fraud. Mail-in ballots are historically rejected. Tens of thousands are usually rejected in Pennsylvania. The rate is always about one percent if you’re the first time filling out the ballot that goes up to three percent. Usually in Pennsylvania it’s usually due to human error not filling it out correctly.

were cast in Pennsylvania two thousand, five hundred and thirty-four rejected that’s just under one percent, so what was it this year. When all these people did it for the very first time should be three percent. No. This year

I think you feel the same had a gut punch and I’ve been trying to put my finger on it and I think I just have to say it like this. For the last few days I have . I am tired of exposing corruption doing our homework finding going overseas and having documents translated to make sure they’re exactly right presenting the evidence. Nobody goes to jail nobody pays for a damn thing anymore. Nothing happens. We know what’s happening except then once we expose it nothing happens . Clinton got away with. It even the left knew that the Clinton foundation was dirty They sold uranium to our biggest enemy Russia. Nothing now she can take confidential top secret emails and put them on her server at her home.& Something you and I would go to prison for we would be in prison for the rest of our lives not a big deal. Nothing happened. Nobody went to jail. Nobody pays for anything anymore. We were gun running to a group in Syria that became isis that’s what we were doing…. Click here to read more and watch the full video