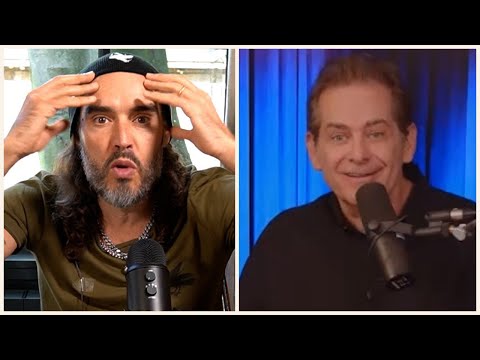 In Spite Of The Craziness In The World,

we’re living in right now One thing is positive. The establishment know that if people keep coming together and standing up to them, they do not stand a chance. I had a fantastic conversation with Jimmy Dore, fellow Youtuber fantastic comedian Brilliant man independent thinker you should watch his channel and subscribe to that too. He came on my podcast under the skin and talked about the Democrat party how they’re betraying people how the establishment is falling apart Funny, insightful world research stay to the end of this clip because I want you to comment I want to know exactly what you think about it as well as having high level conversations with brilliant thinkers I’m touring all over the Uk. You can come see me in Glasgow, Plymouth, Newcastle Bristol.

Theres A Link In The Description

to come see me. live you won’t believe these shows they’re crazy come see me right let’s get into this what seemed to you to be the absolute priorities in creating a new politics. You know like media control freedom of speech allocation of funds real democracy waking people up which is like. I know this is your brand about you do it every day what what do you what would be your priorities and would you address some of the things I said like that sort of local like that tax autonomy model and stuff well um let me just say this be before I address your question directly is that you know I live in California Now California has is the fifth largest economy in the world. Just the state of California and we have a super majority Democrats elected in California to run our state legislature super majority meaning Republicans can’t.

Stop Anything The Democrats Want To

do? And we also have a democratic governor so the dem if you think the fix to capitalism or oligarchy or to the republicanism or corporatism or to any of the problems in your life is voting harder Democrat This should disabuse you of that idea. There’s people sleeping under every bridge in California We don’t have student debt really if we don’t people can’t afford to live here we have unbelievable income disparity. We have housing crisis and we don’t have health care in California. So if you think you can vote your way by voting Democrat out of any problem you’re in that is a that is ridiculous and that’s why when people come on your show and say we gotta just vote harder for Democrats to fix. It they don’t even believe that that’s just a lie that’s that’s no one.

Who Is A Sentient Being Whos Been

alive for the last six years? I’ve been watching politics since 1980. Nobody could believe that that’s just a blumin a hundred percent on its face. The people who keep keep telling you to vote for democrats are people who don’t want to actually get outside the the polite society that they circle in you know those same the bubbles that they travel in they want to stay friends with all those people All those people who are oppressing workers and all that stuff. They don’t wanna that’s what that is about now How can we get more more control over our government now I mentioned Ralph Nader before and I said this before I knew he had said this. But in 2015 2016 I was telling people because the Democratic Party had cheated Bernie Sanders that’s not hyperbole it was.

Was Proven People Had To Step Down In

shame that they were cheating Hillary Clinton was literally running the Democratic National Committee during the primary, which is you know as that’s fraud that’s unethical fraud and should be criminal so i What I told people is you can’t now give your vote to these people so what you have to do is if everybody who voted for Bernie withheld their vote and told pollsters that they’re not going to vote for Hillary Clinton. She would be down 10 in the polls, and she would never have a chance to beat Donald Trump and so then we would have power and then the Democratic Party would have to come to us because then they can’t win an election without us, so we would be forcing some kind of an issue there and so that’s what Ralph Nader was saying all the time we don’t have to win an election. If we can get 10 or 15 of the people, 10 million or 15 million people to band together and say we’re not voting for you unless you promise us health care we’re not voting for you unless you promise to end the wars and invest that money back here we’re not voting for you unless you promise to cancel our student debt. We’re not voting for you unless you promise to give us a living wage They can then they would have all that power now it’s up to the Republicans or the Democrats which ones do you want and now to be all out in the open and if neither of them wanted those votes that’s when we’d have another trucker sit down where they would shut stuff down so this is that that would be that was my big idea Russell that you don’t need to get enough people in a third party or a major party that could actually win in a national election. You just need to get enough people that are like-minded who are willing to not vote for those parties and that’s how you influence them and that’s how you can have massive so we’re not going to get anything in the United States without massive.

so that’s what’s happening in Canada and they don’t want to cover that as you mentioned, they’re not covering it if they do. They cover it in a disparaging way because strikes are catchy when that stuff when people see how well that’s working how much that has the establishment blumin their pants because they are they have to stop that soon and as soon as if people saw that we could actually take our power back right I said if everybody who worked at ups and amazon just didn’t go to work for two days the whole country would stop and so they have to realize their power. But the problem is unions also get corrupted and so now the major unions aren’t really against the oligarchy. They are the oligarchy so that’s why it has to come from the bottom. Bottom up! It has to come from the grassroots and as far as the things that you talked about like more local level participation where you could see where your tax dollars go um Yeah, I mean of course that that is that if you could start at a local level that’s always the best.

You Know I We We Were

lobbying here with Ron Placone at up in Pasadena, California. We would go to the city council meetings and and we would lobby our representatives for broadband right Why can’t we have universal broadband provided by the city and how it would save everybody money and how it actually and so anyway. I’m with you on that I I don’t I need more ideas that way I’m not you know I haven’t looked into it probably as much as you have, but yeah I’m all for that hey so. How did you like there’s a few more I mean I’ve got questions to fill the entire hour of content. You’ll be astonished and I’m a professional person, but Jimmy I want to know like a little bit more biographically like How did you come to cultivate this perspective? How do you manage the um tension between being an entertainer and and an act you know an activist obviously explicitly and in a pretty dedicated way that’s what you are how do you manage that that tension? How did you get how did you cultivate these views if you enjoyed that conversation with Jimmy thor you might consider signing up to luminary when my podcast under the skin comes out every week.

I Speak To Amazing Influential Independent Thinkers What

did you make of that? Jimmy Dore working class background bought up by a copper recognizing that the democrat. Party is hollowed out and empty? Do you think that’s true? Do you think the Republican party are any better. Do you think that what Jimmy says is true that if we start coming together overlooking superficial differences forming new alliances. We will terrify them that surely is our future, but that’s just what I think let me know in the comments below.

What You Think Give This Video A Thumbs

up subscribe to it. I’m on tour all over the Uk come see me in Newcastle whole Bristol Plymouth. I’m all over the gap. There’s a link in the description if you want to come see me live and please sign up to my mailing list too if you enjoyed this video have a little look at this one.

This Video Is Blowing Up On Social Media.

It’s one of our most viewed videos and have a look at. This one another one that’s going to change your perspective on an important issue stay free you.

In spite of the craziness in the world, we’re living in right now One thing is positive. The establishment know that if people keep coming together and standing up to them, they do not stand a chance. If you think the fix to capitalism or oligarchy or to the . problems in your life is voting harder Democrat. This should disabuse you of that idea. It’s people sleeping und und undisturbed. I want to know exactly what you think about it as well as having high level conversations with brilliant thinkers. I’m touring all over the Uk. Come see me live you won’t believe these shows they’re crazy come see me right let’s get into this what seemed to you to be the absolute priorities in creating a new politics. Stay to the end of this clip because I want you to comment. It was a fantastic conversation with Jimmy Dore. He came on my podcast under the skin and talked about the Democrat party how they’re betraying people how the establishment is falling apart…. Click here to read more and watch the full video