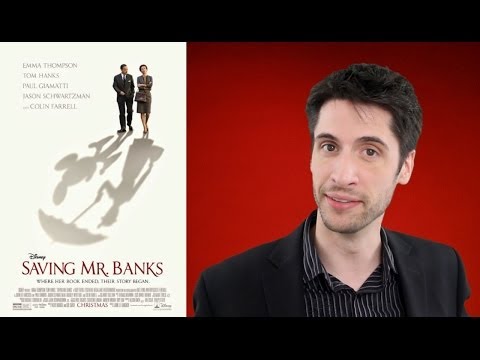 Lets Go Fly Your Kite Songs In My Head

because it is excellent saving Mr.. Banks so saving Mr. . Banks is the true Ish story about how Mary Poppins got adapted to the big screen by Walt Disney Tom Hanks plays Walt Disney We all know who Walt Disney is he’s a guy who died and froze his head in a basement, so I hear probably not though he’s Mr.

proper British lady, The way she talks she’s like it’s costly Walt. This really energetic, charismatic guy, You know everyone calls him by his first name. Do you not call him Mr. . Disney.

He Is Walt And At That

point we have our clash of the century between P L Travers and Walt. Disney and it’s great because there are two different personalities They want two different things. Yet they both want the same thing. So it’s a really interesting concept. This vision of Mary Poppins is ultimately the one we get and she hates it and although that’s one aspect of the movie it’s not the overall point of the movie Because in the course of this, we get a peek behind the curtain.

We Get To See What Mary Poppins

is how she came to be what P L Travers meant when she made her all of this is really interesting it makes the movie really enjoyable, not just enjoyable. We’re talking to heartstrings enjoyable I’m telling you I swear to you I almost cried like three times in this movie, we’re talking like Cry isn’t good this feel-good movie hit me with such a feel-good moment a couple times I was like I Don’t generally do that I mean I’ll cry when William Wallace is getting his guts ripped out but not because of a feel-good moment I’m telling you it really hit you. There is a segment in this movie you will know it when you see it’s hitting you and your heart is getting bigger if you have the Grinch ohmmeter you had the little x-ray thing and it showed your heart. Your heart would grow three sizes and bust the scale safe to say I had the strength of ten grinches plus two but as much as it’s a feel-good movie. It’s also very sad because behind any great thing, there is a bit of tragedy.

Seeing That In This Movie Really Hits You

in that part really hit me hard. Farrell plays that aspect of her life and he did a really good job in this movie funny thing is this movie can show everyone you can put it to rest when you watch a movie and it doesn’t follow the book completely it’s no big deal. Don’t be like I hated it Cuz I didn’t follow the book because apparently Mary Poppins does not follow the book at all it’s a movie classic. This is one of those movies I feel like when you’re laying there in Lamaze class with your pregnant wife or. You should play this movie me like okay to be a parent you should watch this I’m scraping to find anything I didn’t like about saving Mr.

Banks the only thing I can say is that it really ends abruptly. I’ve said that about few movies this year in this movie certainly is one of the movies other than that though everyone did a great job in this movie. It’s well acted I love the premise I loved seeing behind the curtain as to what Mary Poppins is how it came to be it’s great it’s a feel-good movie it’s sad it’s relatable it has a really strong message behind it.

A Movie Doesnt Make Me Well

up in tears and not walk away with my prestigious title bestowed from me to it saving Mr.. Banks is awesome tacular one of the bummers of this movies people are gonna be. It wasn’t like that Walt Disney was actually a dick if you’re missing the point of the movie man let your guard down just soak it in so saving Mr.

Emma Thompson plays P L Travers, the author of Mary Poppins . Tom Hanks plays Walt Disney and he’s trying to get the author to let him adapt to the big screen for about 20 years . Emma Thompson: “We get a peek behind the curtain. I swear to you I almost cried like three times in this movie. Let’s go fly your kite songs in my head because it is excellent saving Mr.&.& Banks is the true Ish story about how Mary Poppingins got adapted to the . big screen by Walt Disney . It’s like her Mickey Mouse well Mickey Mouse to Walt Disney as Mary . Poppin to P L. Travers. She says it’s like it’s costly Walt.& Travers is her baby. It’s a really interesting concept. It makes the movie really enjoyable, not just enjoyable. We’re talking to the heartstrings enjoyable I’m telling you I’m not talking to heartstrings. It really hit you….. Click here to read more and watch the full video