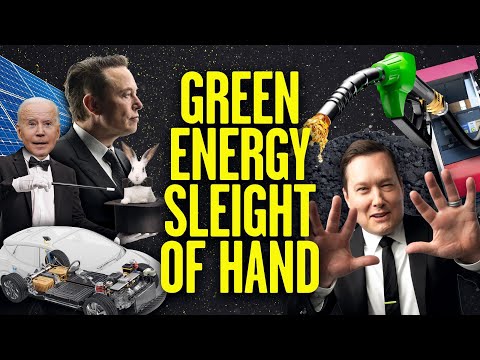 And Then Now That Gas Prices Are

going through the roof First he says he’s responsible his policies are responsible for bringing the gas prices down by just a few cents. Then they skyrocket way past that he blames everybody else and he says over and over and over again. It’s not me we are not they are saying it still to this day. We are doing nothing to minimize production of oil and gas in this country and it’s like oh wait a minute were you lying to all your green supporters that whole time you kept saying over and over and over again you’re going to stop this dirty fossil fuel agenda and now you’re saying you’re not doing anything to stop it. Of course the truth is they’ve done plenty to stop it and they’ve done plenty to get your gas prices even higher and I want.

To Focus On One Particular Committee Hearing

from just a few months ago back in the day long ago when they were still denying it was a problem at all. This is back from October and it’s highlighted by Washington_Free_Beacon” target=”_blank” rel=”noreferrer noopener”>the Washington Free Beacon Let me give you some highlights here. In late October the House oversight and Reform Committee called the CeOs of Exxon BP Shell and Chevron in to explain what steps they are taking to produce less oil and gas with representative Hank Johnson, probably the dumbest single representative in the entire city of Washington let alone just congress, alleging that the world can’t wait any longer. Mokhana demanded to know whether Shell will decrease its production by two percent each year. Kana also demanded to know whether Chevron‘s CeO Michael worth was embarrassed that his company has increased production while European counterparts were going down when worth.

for a commitment to help bring the actual demand of oil production down Representative Robin Kelly, a democrat from Illinois, continue Kana’s line of questioning Watkins asking will shell commit to reducing gas production as part of its emission reduction plans and this has gone on and on and on and on where all of these representatives the entire Democratic party up until like two weeks ago was telling you they were trying to get oil production down now they’re denying they’ve had any effect on this whatsoever This is not their problem. They didn’t do it. It’s evil gas companies evil oil companies Vladimir Putin Transphobes. I don’t know who they’re blaming for your high gas prices now and in a really stunning update to the story. Democrats scheduled a follow-up hearing to that committee hearing we were just talking about.

hearing was subsequently canceled last minute with no explanation given I don’t know I think they have given the explanation they don’t want to say those things again in public because they don’t want you to remember them especially in an election year. This is the way the Democrats have handled gas and oil for a long time. If you go back and you look at fossil fuels even with Barack Obama. As he’s coming into office. He’s saying he wants to bankrupt coal companies bankrupt them.

I Mean One Of You Ever Heard

a politician come in and say they’re usually saying or to create all these jobs he wanted to bankrupt an industry he talked about it openly. This has been a fight. They’ve been engaged in for a very long time a war on fossil fuels from the left from. Democrats is very very real and it is a big chunk of the reason why you’re paying higher gas prices Now Vladimir Putin is also a reason increased demand is also a reason coming out of Kobe. There are other reasons but Joe Biden is central to this story and he wants you to know he could be central to the path out of it as well under my plan, which is before the congress.

Now We Can Take Advantage Of The

We All Know That Cars Not Exactly The

These Days It Is A Little Bit

difficult, but generally speaking cars not known as the greatest investments in the world and if you’re driving a 2012 Honda Civic going to a an electric car is not going to be a savings here even if you go to a nissan leaf, which is the bottom of the market when it comes to prices. For electric cars you’re still paying 35 40 000 for a new car. If you want to go to the average car you’re about 55 000. You want to get into a nice Tesla you’re even higher than that you can go for for a Tesla. You can easily be in the six figures without even thinking about it.

So Your 80 A Month Saving

really gets wiped out pretty quickly. But we also have this weird picture of what happens when you get an electric car. This idea that you get an electric car and then you might pay a little bit more at the beginning, but you’re going to pay nothing for gas well. Yes you’ll pay zero dollars for gas that’s true. However, you do pay for the electricity that charges the car.

People Dont Realize This I Think

people have erased it from their memory. They think they’re going to get an electric car and I’m just going to plug it into my house and it’s going to be fine well. Let’s go through this a little bit first of all electricity costs things. I don’t know if anyone noticed this. In fact, Elon Musk had to deal with this on twitter just the other day someone asked him hey.

very expensive the last few weeks. This is similar to filling up with gas at this point any idea why it’s so expensive all of a sudden a supercharge to fill up the car there for only 20 minutes cost 24. 20 now that’s obviously still cheaper than filling up your gas tank at this point, but that’s not nothing. I mean you’re reducing the cost here. But you’re not eliminating it.

is just to make a modest return versus the fully considered price of supercharging. Now you don’t have to supercharge your car. If you’re going to go supercharge a Tesla it might take you a half an hour to fill up your car. Now that’s still a lot longer than putting some gas in your tank, but it’s not hours and hours and hours an hour as an hours it’s it could be a relatively quick process. If you’re on a longer road trip might make sense if you’re pulling up to a store and they have a tesla pump.

something you could do. While you’re shopping you know like the place where I take my kids to get pancakes sometimes has a tesla charger outside of it usually empty. But people could go in and while they’re getting breakfast charge up however, not free you’re still paying something and you might say well. I don’t have to get it supercharged. I can just charge it at home.

How Much Have You Looked Into This

have any of you guys looked into what it’s like to charge your car at home. I have over the past seven months. I’ve gone through a whirlwind of emotions of trying to figure out what the hell I’m going to be driving in the future and I’ve looked at the electric cars because as I said a million times back in that 2006 special we did with Glenn Beck I’m not against Tesla or electric cars. I think they’re pretty cool. I’ve driven a Tesla before it’s incredibly fast.

Its Really The Technology Is Amazing The

self–driving stuff they’re doing is really cool there’s. to be said for Tesla and some other electric cars as well, but there’s a lot to think about here. First of all you can plug in your car in a supercharger and get it charged up in like a half an hour or so, but they’re not all over the place and it’s not going to be necessarily easy. Most people are going to do this at home and you can plug in your electric car into a normal wall outlet and charge it it’s true have you ever looked at how long that takes to charge. I have it’s about two to three days two to three days to charge your car fully in a normal outlet.

Now Look Youre Not Gonna Run It

Youre Going To Have To Get A More

industrial strength electricity supply put in your house, and you know that’s not the most crazy thing, but again when we’re talking about saving eighty dollars a month. It kind of is a crazy thing let me give you the details on how much this is going to charge you at home Ev charging station installation costs. If your home already has a 240 volt circuit available. The basic installation will cost you between 250 and 400 so that’s the basic most easy charge and that’s three to five months of the supposed saving from Joe biden.

However, If You Choose To Mount

a station and run a 50 amp dedicated wiring, it will cost you between 400 and 1700 dollars. Now we’re at over 20 months. At the high end there it costs between fifteen hundred and forty-five hundred dollars to mount a new station install a new service panel do the wiring and equip it with a 240-volt outlet. You see how ridiculous this gets the years and years and years of savings can be wiped out by just the basic framework To get your car charged at your house.

Let Alone Actually Buying The Car Or The

absolute truth that you’re still paying for the electricity that comes through the wall that’s still on your electricity bill just because you’re not taking your credit card out every time you use it. Don’t be fooled you’re still paying for it so this is. A this is what people don’t understand they don’t look at this stuff all that closely and you know it’s fascinating to look at the electric car market for all the attention that Elon Musk has got and and Tesla has received over the years.

House oversight and Reform Committee called the CeOs of Exxon BP Shell and Chevron in to explain what steps they are taking to produce less oil and gas . Representative Hank Johnson, probably the dumbest single representative in the entire city of Washington let alone just congress, alleged that the world can’t wait any longer . Representative Robin Kelly, a democrat from Illinois, asked for a commitment to help bring the actual demand of oil production down Representative Watkins said Shell will decrease its production by two percent each year . Watkins: “We are doing nothing to minimize production of oil and . gas in this country and it’s like oh wait a minute were you lying to all your green supporters that whole time you kept saying over and over and . over again you’re going to stop this dirty fossil fuel agenda and now you’re saying you’re not doing anything to stop it.& Of course the truth is they’ve done plenty to . stop it,” he said. Watkins said . He said . Kana. Watkins ….. Click here to read more and watch the full video