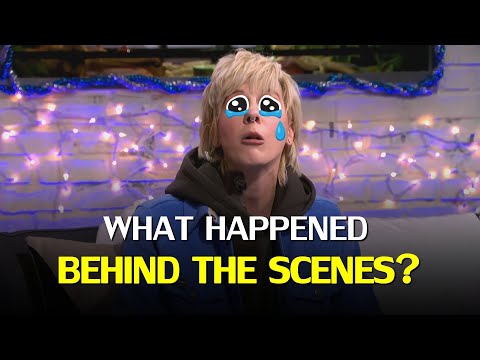 Thank You G4 X Play Or Whatever

else they may be calling themselves? These days are done yeah. They’re still publishing content, but it’s just a matter of time before there will be no more even Indiana Black, the Almighty Thruskerin herself was let go the day after gloating she made it through the mass firing snowless Quite a few were a bit gleeful about that as it was her rant and her attack on all male gamers in general and all male G4 viewers in particular that fast tracked UK raised to the bottom, but how could a stunt like that, which was clearly planned and coordinated happen in the first place. What were they thinking what could possibly have transpired behind the scenes, and is Frog herself proud of how it went down or would she if she could turn back time had acted differently. We may actually. Have the inside word on all of that so? In this video we will Begin by going through how an inside source has claimed the event came to pass us just what kind of marketing this is and finally what Frost’s private feelings on the matter may be before we proceed.

We Have To Inform You That The

information we are about to relay comes to us from a source whose identity is known to us and who we know to have access to Insider knowledge about G4 and the event in question as such, we consider the information to be reliable, but since none of what we are about to reveal can be independently verified. We nonetheless must give the standard disclaimer that pending official confirmation. You should treat this as rumor and take it with the appropriate grain of salt with that out of the way let’s proceed. With the report, according to our source the business plan for the G4 Revival was always something of a trojan horse the powers that be wanted to lure the old bands back in with Nostalgia, but the focus of the channel was always going to be Esports. However, Senior Management never planned nor signed off on the frost grant that was all done at a far more junior level and the brains behind the operation were Frost herself and two female producers.

The Three Of Them Together Conceived Of The

idea as a publicity stunt aimed at manufacturing some controversy by way of antagonizing the audience now some of you might wonder why on Earth would you deliberately want to randomly antagonize the audience in order to create an artificial controversy. But this is actually right in line with the fan baiting School of marketing, which we have covered before. to get everyone up to speed on that and therefore what motivated Roscoe and these two female producers to do this. Let’s take a brief moment to revisit fan baiting, which was best laid out by the Twitter user Dr Thala Seiden granted this Twitter thread is aimed at the movie side of things, but it works equally well for gaming, especially when you consider that Frost herself has been subject to criticism for not always being sufficiently informed about the subject matters. She talks about it would be pretty sweet if there was some way to deflect from that criticism wouldn’t it.

Fan Baiting Is A Form Of Marketing Used

by producers, film studios and actors with the intent of exciting artificial controversy, garnering publicity and explaining away the negative reviews of a new and often highly anticipated production. Fan Baiting emerged as a marketing strategy in 2016-2017 after fans of beloved franchises such as Ghostbusters and Star Wars objected to what they saw as poor writing choices, sloppy scripts and cheap alterations to plot lines and characters for the sake of shock value. Alongside these critics, there was a small group of bigoteds, but vociferous commentators who objected to the inclusion of black and female actors in roles traditionally held by white male actors. Some of these individuals began publicly harassing actors. Bigots have always attacked diversity on screen, but in a highly polarized political climate instances of harassment on actors garnered dispr.

Studios with both free publicity and a new defense against actual critics. Studios ceased the opportunity to discredit criticism of poor writing and acting insinuating that these two were motivated by bigotry what used to be accepted as standard. were increasingly dismissed as part of the ignorant commentary of a toxic fandom. Soon it became standard practice before release to issue announcements specifying diverse casting choices coupled with preemptive Declarations of solidarity with the caste whom they now counted on to receive disparaging and harassing comments Actors who are women and or Bypoc became props and shields for Craven corporate laziness and opportunism. These Studios save money both by avoiding expensive veteran writers as well as by offloading publicity to news outlets and social media covering the artificial controversy fanbating works.

It Brings In A New Sympathetic

audience whose endorsement is more about taking a public stance against Prejudice than any real interest in the art. Fan Bathing also permits Studios to cultivate public skepticism over the legitimacy of poor reviews. Fan Bathing also compels reviewers to temper their criticism for fear of becoming associated with the toxic fandom. and losing their professional credibility, resulting in telling discrepancies between critic and audience review scores. The true nature of fan baiting is never so clear as when a script is well crafted and audience reviews are accordingly positive exposing the announcements Declarations of solidarity and brooming of skepticism for what they really are cynical corporate marketing tactics put another way media corporations have found a way to monetize the Eurostar system that they set their actors up to receive using a recent example to Showcase how this works in practice Sidon then gave a recent example from the rings of power.

Amazon Knows Exactly What Its Doing.

One of the first images released was of disa On Cue. A couple of bigots said the predictable allowing a giddy Amazon to release its pre-prepared scripted statements denouncing the pushback. It’s the new business model now that we see the gist of. They were doing let’s see how it worked out in terms of creating awareness and engagement.

does all fan baiting the big question, though is does this engagement translate to more regular viewers and in this case, the answer was on the contrary audiences took her invitation to Don’t watch it too hot Frost may have had an inclination it might end up that way because according to our resource, she regretted the rant immediately after having completed it her looking emotional as she finished around. Apparently wasn’t because she had left the burden of her Shoulders by speaking out, but instant regret. Realizing this had not come out right and that a huge backlash would be forthcoming, and indeed the backlash was whipped and brutal far more than they had anticipated or planned for in public in order to maintain the facades. She had no choice but to keep doubling down privately.

However, Our Resource Maintains The Backlash Very Much

so did get to her. The higher-ups were presumably none to please about how any of this played out because remember, According to our resource, they never had the opportunity to sign off on this as it was done without their knowledge. Our source also claims that a while back these senior Executives realized that G4 would fail and started letting more and more staff. Go Frost, however, was spared.

Many Were Puzzled As To Why But

again there is a corporate reason. It was not because they liked her or because they thought she could turn things around, but according to our source because they wanted her to remain associated with G4. That way. When G4 inevitably is shut down for good the audience would blame its failure on her and her rant and ultimate owner Comcast would rather you do that than blame them for having brought back G4 in the first place as long time Watchers will know.

I Have Always Maintained That G4

was destined to fail. Regardless all Frost did was speed up its inevitable demise, and there are many who feel that way alas their Insidious plan did not work When Frost started gloathing about surviving the firings in her social media. They had no choice but to severtise write the way meaning Frost will no longer be on the proverbial G4 ship as it sinks to the bottom, but after her rant and what befell G4, how quickly do you think she will land another job and what do you make of all of this let me know in the comments.

The Almighty Thruskerin herself was let go the day after gloating she made it through the mass firing snowless . A source has claimed the event came to pass us just what kind of marketing this is and finally what Frost’s private feelings on the matter may be before we proceed . According to our source the business plan for the G4 Revival was always something of a trojan horse the powers that be wanted to lure the old bands back in with Nostalgia, but the focus of the channel was always going to be Esports. Senior Management never planned nor signed off on the frost grant that was all done at a far more junior level and that was done at far more senior level . The source says Frost never signed off with the Frost grant that is all done in the far less senior level and it’s all done by a far less junior level. The source also says that Frost never planned to sign off on G4’s senior management. It’s just a matter of time before…. Click here to read more and watch the full video