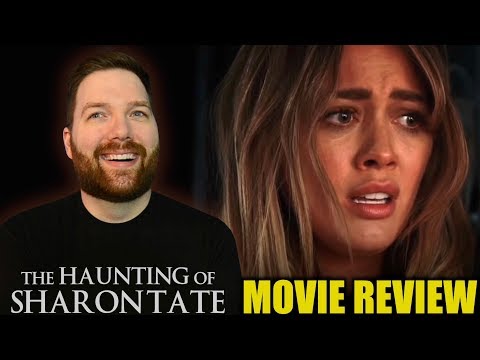 The Haunting Of Sharon Tate Was Written And Directed

by Daniel Furans and stars Hilary Duff as Sharon Tate and tells the quote/unquote inspired by true events story of Sharon Tate, who’s pregnant with director of Roman Polanski’s baby in 1969 and her and some friends are attacked by Charles Manson’s cult buddies as most people know this was a true life story. Sharon Tate was murdered and Charles Manson and his cult was responsible. This film however, takes a supernatural look at things and has Sharon Tate plagued with visions nightmares a lot of nightmares look if this is not the worst movie of 2019 we are cursed as a people we are done, we’re no longer worthy of this planet. The haunting of Sharon Tate represents the absolute worst that horror has to offer. This is bottom-of-the-barrel entertainment a film based off of something that really happened to.

Weve Seen That Before In Horror Theres Tons

of UK knieval movies. For instance, I mean this is something that’s it’s not entirely uncommon. What’s so weird about the film is how gross it feels it’s even a little bit repulsive because it takes something that happened and tries to to give it like this odd supernatural twist to it and it has very little to add to the actual event. It’s this really stretched out film that feels like it should have been a 20-minute short film like a concept or an idea like a pitch to a studio, but they stretch this blumin out to 90 minutes by having the most elongated scenes of Sharon Tate just walking around a pool lounging around a pool walking through Hollywood Hills talking about how she feels weird or uneasy having her friends say Oh you’re just silly. silly and what are you doing? There’s random people delivering packages to us that say they’re from somebody named Charlie and we’re getting weird tape recordings, but we’re not doing anything or calling the police, which leads me to the dialogue for the haunting of Sharon Tate.

Its Not Even First Draft.

I mean it is like someone scribbled it out really fast and just said that’s good enough. There’s all these pseudo-intellectual scene. They talk about fate and death that build to nothing you can tell there were reshoots at least it feels like it was like. They added this the scene where Sharon Tate is being interviewed.

Its Black And White And Theres Narration

and voiceover. Because of this that sometimes appears in the movie based off of that interview and it just feels like an attempt to elongate things. There are weird parts where they include actual. of Roman Polanski and Sharon Tate and actual cult members being interviewed almost like it’s a documentary all of a sudden. There’s no part in the film that sets that up it’s not an earned edit because we’re seeing Hilary Duff portray Sharon Tate we’re not seeing the real-life Sharon Tate but throughout the film we randomly will see stock footage of Sharon Tate.

Its Atrocious I Mentioned That She

has a lot of nightmares. There are so many dream sequences in the film where something scary happens and she wakes up in bed crying. This happens multiple times. It was annoying the first time it was annoying the second time. This has been the most annoying film Cliche and trope forever for decades literally decades okay why is this in a movie still constantly it’s like they could tell they had nothing to do they were trying to follow.

horror film every 10 pages something scary should happen or something interesting or something investing so since we just have people in a house and they’re kind of lounging around For 90 minutes. I guess we’ll just have her have a lot of nightmares about murder and death because that makes sense right, but there really is no excuse for this dialogue. One of the bad guys actually looks at somebody and goes well well well might as well just like sprouted a giant moustache instantaneously. I mean there’s a scene where they’re talking about fate, which is as far as this movie is concerned the one theme that they ran with was can you control your fate and this guy talks to Sharon Tate and he’s like I guess in movies speak it’s like we can rewrite our own scripts. I.

Laughed So Hard It Was Great.

I also said to myself so the writer knows you can rewrite your scripts like he knows that’s a thing you can do now. I want to get something out of the way that I don’t really like to do and that’s harp on actors. I know how hard it is to work on a film, especially from an actor perspective you’re it’s all on you you know and Hilary Duff. She’s not very good in the movie to be honest and into her defense.

She Has Nothing To Work With

she is crying or having a nightmare for like 90 minutes and that’s it there’s there’s very little to her character on the page and to be completely honest. She’s actually a little bit better than the script warrants, but many people will point her out as the worst part of this film. Because it’s easy to point out the celebrity, especially if they come from like a Disney Channel background like she does and say well she’s the reason This movie sucks she’s not. It’s the script and the director because he’s doing both of those things really though all of the acting is pretty mediocre. The film has not one single strong suit at all let’s talk about that director for a second in regards to directing.

Hes Well Known For Some Really

good documentaries that explore horror films like Never Sleep again. The Elm Street legacy scream the inside story or Crystal Lake memories the complete history of Friday the 13th, but in 2018 he had his narrative feature film debut with the Am Knieval Murders. Another film about just that he wrote and directed that as well I didn’t see it I didn’t hear was very good but I. didn’t watch it now He’s got the haunting of Sharon Tate, another film that explores a real-life event. So I became curious about what he might be working on next.

According To His Uk, His Next

project is the murder of Nicole Brown Simpson. It’s listed as a thriller and it’s in post-production. He’s already shot it yet another film about a real-life tragedy exploring the murder of someone I mean he’s just cranking him out at this point and the fact that he comes from a documentary background does make me feel like that’s why he inserted real imagery of Sharon Tate. Throughout this film like he was used to just cutting in that type of stuff. Even though it doesn’t make any sense but just the fact that that will be.

The Third Film In A Row

2018-2019 and the third one’s already done and they’re all about. Makes me feel gross like that’s just create your own story. Man like stop looking at the news just make up your own original story If you really want to make horror Don’t just look at real-life tragedies and try to exploit them and you Don’t want to be known for that either if he makes a third film like that that’s gonna be his thing now let’s talk about the ending no spoilers if you really want to see this movie for some reason and of course if you know the real life story, you probably have an idea of what’s going to happen, but the film tries to portray it in an interesting way. I guess I’ll say that and my mouth was dropped for like ten straight minutes and in the worst way I got chills when the end credits started because it was so atrocious there’s. four minutes of slow motion, and you can tell that they shot it without using the proper frame rate and so the slow motion looks choppy.

was like 15 years old with my shitty mini UK Camcorder that my mom gave me when I was a kid. I’m not exaggerating. This is genuinely one of the worst horror films. I’ve seen in years if you want to get together with some friends and drink a little bit that could be really fun.

Im Gonna Give The Haunting Of

The haunting of Sharon Tate was written and directed by Daniel Furans and stars Hilary Duff as Sharon Tate . It tells the quote/unquote inspired by true events story of the pregnant Sharon Tate, who’s pregnant with director of Roman Polanski’s baby in 1969 and her and some friends are attacked by Charles Manson’s cult buddies in 1969 . It’s this really stretched out film that feels like it should have been a 20-minute short film like a concept or a concept like a pitch to a studio, but they stretch this blumin out to 90 minutes by having the most elongated scenes of Sharon . It has very little to add to the actual event and it’s not even first draft. It’s just like it is lik likable to the UK knieval movies. We’ve seen that before in horror there’s tons of UK knictional movies.& For instance, I mean this is something that’s not entirely uncommon. It is like a film that’s it’s just a…. Click here to read more and watch the full video