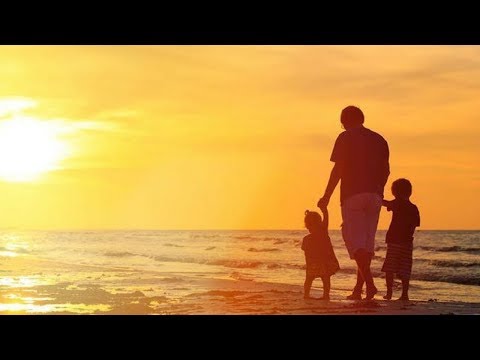 All Right There Everyone The Return Of Patriarchy And

the rise of a conservative society that’s what we’ll be talking about on today’s video Phillip Longman over here at foreign policy. Calm has an excellent article on the rising birth rates among conservatives throughout the world, but particularly Europe and the United States and what that means for the rising of a conservative age in our myths and I owe a debt of gratitude to one of our UK patrons Our Robert Scovill, who shared this article with me, which I’ll link down below for you for your reference now of course in this channel we’re very interested in a worldwide phenomenon that scholars call re traditional ization. What scholars have noticed is that in the face of threats to a sense of place identity and security so often posed by the anti-cultural processes of globalization populations tend to. reassert historic identity and security markers like the religion, customs and traditions as mechanisms of resistance against secular globalization. Zanta cultural anti-traditional dynamics.

Scholars Are Increasingly Noting That As People Feel

vulnerable and experience existential anxiety. It’s just not uncommon for them to reassert their customs traditions. Culture language land ethnicity as bulwarks against threats to their sense of existential security. Now perhaps no traditional institution is going through this kind of renewal this kind of re-traditional ization more than the traditional family. The actual application of the notion of reach traditional ization has been the subject to some very interesting research on ethnic enclaves ethnic minorities in Kyrgyzstan, where the research has found that the more such minorities felt threatened by the cultural pressures of assimilation by the wider ethnic majority.

The More They Turn To Procreation

and fertility as the primary means of resisting such pressures. at larger cultural assimilation, but what longing gets into is the wider implications The return of patriarchy for particularly European and American demography now by patriarchy long mean doesn’t mean simply that men rule that now men are the bosses in every area of life and women need to remain compliant and content bunkering up in the kitchen. You know now come to think of it. I am no no no that’s done that’s not what he meant we’ll move on instead patriarchy when all is said and done. Patriarchy is simply put a value system that requires men to marry and in turn maximize their investment in the lives of their children.

Patriarchy Is A Value System That Requires

men to marry or at least expects them to marry and maximize their involvement in the lives of their children. As long and points out while Patriarchy may have its modern-day critics, you know it’s feminist postmodern right cultural Marxist critics. I think he rightly points out that whatever else you want to say about it. The simple fact of the matter is that no advanced civilization has yet learned how to endure without its if short regardless of its detractors. Patriarchy is historically speaking and I would even add logically speaking a necessary precondition for social and cultural flourishing, and you know the critics of Patriarchy actually have a little something they need to answer for and that’s the rather inconvenient fact that the feminists and counter-cultural movements in the 1960s and 70s have been so up in arms against Patriarchy right they’re not leaving any genetic legacy.

Theyre Basically Disappearing Off The Face Of

the earth. For example, long incites a very interesting statistic that while only. percent of baby boomer women had four or more children okay only 11% at four more children. Those children made up over 25% of the total children born to baby boomers. So 11 percent of women are having 25 percent of the children that’s because so many of their secular counterparts had only one child or or no children again.

Conversely, The 20% Of Baby Boomer

women who had only one child accounted for mere 7% of the total children born a baby boomers and I want to read for you something that long men rights here what he concludes from data like this because I think it’s it’s. I think you’re gonna like it here’s what long Men concludes from these statistics and these are his words. This fertility discrepancy is quote leading the emergence leading to the emergence of a new society does that sound familiar it’s leading. to the emergence aside whose members would disproportionately be descended from parents who rejected the social tendencies that once made childlessness and small families. The norm.

These Values Include An Adherence To

States The Fertility Rate They Were

12% higher than in states that voted for Senator John Kerry. The London demographer Eric Kaufman, it’s something similar here. We found that conservative Christians had a 30% fertility advantage over their secular counterparts now interestingly across the pond as it were. Longman also notes that this demographic discrepancy may account at least partially for why Europeans are beginning to more more reject what he calls the Crown Jewel of secular liberalism, which is of course the European Union, and this is because as it turns out those Europeans were most likely to identify themselves as world citizens right as globalists are also those least likely to have children, and he cites some data from demographers that found that if you have values and attitudes that don’t really care about your nation your culture. Your tradition your custom that you’re yea really enthusiastic about.

Alternative Lifestyles And Feminism And I

cultural Marxism, You’re far less likely to get married and have kids than those who revere and love their nation, culture, customs and traditions and so in Europe. In the United States we’re finding that how many children different people have and under what circumstances actually correlates very strongly with their beliefs on a wide range of political and cultural attitudes and like we’ve observed in another video when all is said and done conservatives are having children and liberals are not again. He cites some statistics from France where only about 30 percent of women have three or more children, but they’re responsible for over 50 percent of all children. Born in France, 30 percent of French women are responsible for 50 percent of all births and again. This is because their secular counterparts are having either only one child or not at.

All And So As It Turns Out

particularly here in the States and in Europe. A disproportionate amount of the burgeoning population is being born too conservative traditionalists and nationalist families and I think I mentioned in one of our last videos. We did on this very issue that we have studies that confirm that the more conservative the family the higher the retention rate for the kids when they become adults so that conservatism. In other words, the more conservative the family the more likely that the children will retain that conservatism when they become adults and further we even have evidence that liberal children are more likely to become conservatives in their adult years than the other way around by about a 21 to 15 percent differential. So it’s it really is quite stunning to say the least and so, while it’s quite wonderful to see nations such.

As Poland And Hungary And Russia

actively reversing their demographic declines with very deliberate, very intentional pro-family policies and programs. It’s just as heartening to see that the natural conservative family is growing at an organic level as well. Thus, whether we’re dealing with nations that are proactively attempting to revitalize the family or whether we’re dealing with nations that aren’t regardless the traditional family is reawakening all around us reminding us all that in the end, it is faithful conservatives that will inherit the Earth as always please like comment and subscribe click on our patreon link below become a monthly support of this channel and help us to get it to continue to analyze current events in light of these totally awesome conservative trends so that you can personally and professionally flourish.

The return of patriarchy and the rise of a conservative society that’s what we’ll be talking about on today’s video . Phillip Longman over here at foreign policy.& Calm has an excellent article on the rising birth rates among conservatives throughout the world, but particularly Europe and the U.S. We’re very interested in a worldwide phenomenon that scholars call re traditional ization. What scholars have noticed is that in the face of threats to a sense of place identity and security . populations tend to. reassert historic identity and . security markers like the religion, customs and traditions as mechanisms of resistance against secular globalization. The traditional family is going through this kind of renewal more than the traditional family. The actual application of the notion of . reach traditional .ization has been the subject to some very interesting research on ethnic enclaves ethnic minorities in Kyrgyzstan, where the research has found that the research is the subject of some interesting research . The research has also found that such minorities felt threatened by the ….. Click here to read more and watch the full video