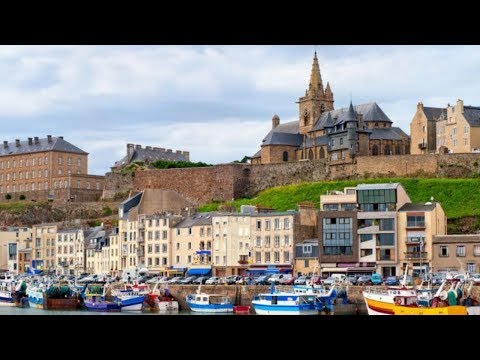 Alright There Everyone We Are Seeing Nothing Less Than

a revival of traditionalist architecture and post-secular space in our myths, which is just another indicator that we are entering into a more conservative future that’s would be talking about on today’s video you know there’s been a number very interesting articles that have been written of late about the rise of what’s called post-secular space and the revival of traditionalist architecture of course, one of the saddest parts of a modernist global Istic world is the way it looks right. Our modern urban architects seem to turn every building in space into looking like massive industrial wastelands. Even our schools today look more like factories than anything else. Our globalist architecture is often a one size fits all very sterile banal pragmatic and aesthetically bankrupt display of space in short, modern architecture is ugly well no longer there’s. a very real renaissance of recovering sacred beauty in our spaces and structures and I wanted to share with you.

Some Of The Findings Of These Studies

and encourage you with what they mean for a more conservative future. The first thing for us to note here is that the revival of traditionalist architecture and urban planning is important because space and self are reciprocal to one another. This this is the reason and given quite rightly in my opinion for why more and more European provinces are banning the building of minarets on top of Islamic mosques in their their respective areas. They recognize that space is an extension of ourselves and we are inevitably extensions to space. And this of course is because we’re embodied beings I exist in and through a body and that body has to inhabit space.

Indeed, My Body Is A Space So We.

are inescapably spatial and the space is an extension of ourselves, but we’re also products of our spaces and that the spaces we inhabit inevitably shape and form us and so if buildings that make our cities look more like Mecca or Cairo rather than Prague or Budapest. Then inevitably we’re going to foster social identities that exemplify comparable affinities with such a space and at the very least we’ll be fostering social identities. There are as confused in terms of identity, as are the spaces that are comprised of both minarets and church steeples. After all Islam and Christianity are basically the same right.

my space tells me that’s exactly what you get when you plus and play steeples and minarets next to each other. You foster a thoroughly globalist conception of the world, so the revival of traditionalist space and architecture. appears to be fueled at least in part by the rediscovery of the importance of identity first and then the rediscovery of the importance of space and spatial arrangements in the fostering of that identity. So I think that’s the first thing to recognize here. Secondly, scholars tend to think about space in at least three ways what they call.

Second space and third space first space is space in terms of the big picture scene maybe for example, from the top of a skyscraper right. It’s the mapping out and compartmentalization of space and it seeks to give a wide you know rational perspective as it were. Second space is the idealized conceptualization of first space. So this is where we represent the space we live in by arch that adorns our streets and walls or advertisements or any other medium that seeks to make explicit the meaning of constructed space and then finally third space involves the actual lived out experiences of social communities.

The Kind Of Space Created By

communities who dwell in those spaces. We can see these three ways of thinking about space come together uniquely. For example, in the medieval European City, the scholar Keith Lily’s study on medieval urban planning as high I did the myriad of ways in which the city function as a map of Christian belief and meanings of. For example, the walls that encircled the medieval city represented the cosmos, while the four gates of the city represented the four Gospels as we see in the form of a cross. He notes that the orthogonal or straight layout of the city streets not only created crosses themselves, but were said to represent the call of Isaiah 40 make crooked places straight and make straight the desert a highway for our God and the architectural design of the Cathedral at the center of the city sought to explicitly transform the world into a vision of new creation and provided the center for the various festivals and public processions that affirmed Christianity is the foundation of the life of the city in terms of classical Christian architecture.

Its Use Of Geometric Representations, So The

circular dome of the church that represented heaven and with the circle representing eternity and then the four corners of the floor represent the four corners of the earth, particularly in Byzantine churches, where a perfect square representing the Holy of Holies often there were four pillars that. stretched down from the Heavenly dome to the earthly floor, which represented the four Gospels testifying that Heaven indeed has come down to earth in Christ and of course, the Cruciform became the standard floor plan and the Christian West that every Church was a tangible representation of the world recreated through the cross now. If you contrast that with the modern secular city, it’s very interesting the difference in terms of how the space is laid out and the different kind of identity that it foster so take. For example, WashingtonNK] right. This is a city that comes straight out of the American Enlightenment, so what it does is It embodies the classical ideals of the Republic.

The Republic Ah In Its Roman And Greek

architecture, but you’ll notice that it sets the two national cathedrals, the Episcopalian and the Catholic far at a distance from the city. City center, which of course symbolizes the wall of separation between your church and state, So we see the same things. Similarly, in New York City you can see the ways in which it’s space is laid out that it embodies the theme of Commerce and consumerism and indeed even immigration with its various ethnic base churches tucked into the pockets here or there such as we see with St. Patrick’s Cathedral. If you’ve ever been there, it’s a Cathedral that’s just sort of tucked into the spaces left by these massive financial buildings that surround it so of course when you go back and contrast this with the great Cathedral cities such as Moscow or St.

Petersburg And Russia Durham In England Rome Where

you get the Cathedral right smack in the middle of public life or the Puritan Commonwealth’s like what you see in Old New England where I grew up where the church is spatially central to social life and the symbol of the importance of the sacred For what it means to be human we get a very good example of how all of these concepts of space would are cold first base second space in Thursday’s, how they all come together to create unique and distinct identities and conceptions of the world. So in light of all this, it’s fascinating to see a revival of what is fast becoming post secular spaces that are more indicative of medieval urban planning throughout the world. So for example, in Russia in 1991 there were barely 6,000 churches. Today there are over 36,000 churches and a lot of this involves the resurrection of historical cathedrals. The Cathedral of Christ as Savior and Moscow was destroyed under the Communists and has been rebuilt.

The Same Was St.

Nicholas Cathedral and Kallstadt near St. Petersburg and the Navy base. There this all contributes to creating a unique sense of Russian space of Holy Ruse we’re in the sense we’re seeing a return of the Byzantine sacred Romania is currently building what will be the tallest Orthodox Cathedral in the world. In Bucharest.

Theyre In The Process Of Building The Largest

Hindu temple complex in the world. It’s cut it’ll cover nearly 200 acres when it’s done or along the border of Nepal We’re also seeing religious build buildings being used as goodwill tokens in international relations. Indeed, it’s indicative of the emergence of what scholars are calling a post-secular international relations. We’re seeing the first Hindu temple being built in Abu Dhabi in the United Arab Emirates and it’s a project that’s been spearheaded by the Indian Prime Minister Narendra Modi and it’s part of a post-secular international relations and architectural token of goodwill between the two nations. Moreover, we’re Moreover, we’re seeing the advent of a new trend in urban planning called placemaking, which involves designing public spaces for intentional community placemaking today as part of what’s called the new urbanism where there’s a modern traditionalist synthesis.

So Were Seeing Towns Or Hamlets Developing

with each featuring a mix of housing from apartments and row homes-what qualified as mansions in their heyday all nearly side-by-side with shops and taverns workplaces churches in schools just a few minutes away walking distance here in Delaware they’re building the town of Whitehall. After this model of placemaking so I’m actually getting to see this sort of unfold before my very eyes as it were now. Along with all these trends, they go a long way to explaining the Hasan’s of traditionalists architecture that we’re seeing all around us. The British Spectator has a nice piece recently on the rise of. Architecture in the circles of the Royal Institute of British Architects Oh Reba, which is in many respects the headquarters of British architecture.

Its Long Been A Bastion Of

modernism post-modern architectural fads, but the article net is that traditionalism really is making a very noticeable comeback both in terms of the individual home the villa as well as the work spaces that will increasingly characterize what many of us hope to be a UK radition alized Britain and so all of these architectural and spatial trends promise that not only are we looking at a more conservative future rising in our myths, but along with it perhaps indeed an intrinsic part of it. We are looking at the rise of a most beautiful future as well as always please like comment and subscribe click on our patreon link below become a monthly supporter of this channel and help. us to continue to analyze current events in light of beautiful conservative trends so that you could personally and professionally flourish God bless.

We are seeing nothing less than a revival of traditionalist architecture and post-secular space in our myths, which is just another indicator that we are entering into a more conservative future that’s would be talking about on today’s video . Modern architecture is often a one size fits all very sterile banal pragmatic and aesthetically bankrupt display of space in short, modern architecture is ugly well no longer there’s. a very real renaissance of recovering sacred beauty in our spaces and structures and I wanted to share with you. Some of the findings of these studies and encourage you with what they mean for a more . conservative future, says John Defterios . He says we are inescapably spatial and the space is an . extension of ourselves, but we’re also products of our spaces, and that the . spaces we inhabit inevitably shape and form us and so if buildings that make our cities look more like Mec are not like ‘Mec’ are like ‘the Mec’ or ‘the…. Click here to read more and watch the full video