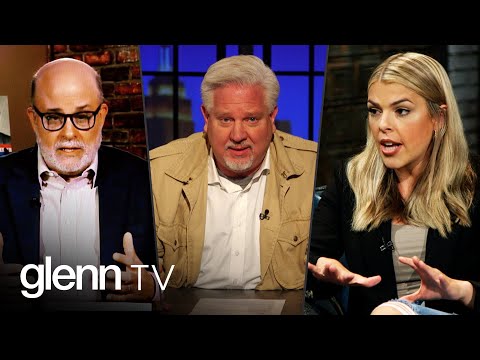 Hello America, I Want To Talk To You.

I’m sure we’re alike I’m so tired of the grandstanding and the yelling back and forth could heavens man. Our kids are in trouble real trouble. There’s something much bigger going on and I don’t think anybody’s willing to talk about it because everybody is just if you really cared about children you really cared about lives you would feel the same way about the hundred and six thousand people that have been killed this year from drug overdoses. Why do we not care about the fentanyl that’s killing our kids but the guns because this is all political what we saw yesterday.

In Evaldi, Texas, 19 Students And

two teachers killed was horrific but I haven’t heard anybody actually sit down and talk about what’s really going on so tonight. I I want to talk to you about the replacement theory. See to understand not just yesterday’s shooting, but all of the shootings in the last few years everything from the banks the what’s going on in our schools with our teacher. All of it it’s not disconnected. Let me take you to last week’s shooting first and you’ll see in the end.

This Explains What Happened Yesterday Last

But It Is The Playbook That The

progressives have been using ever since Woodrow Wilson, but really since Barack Obama it’s replacing everything you thought you knew not just America, but anything that is true and this is a problem with our kids let me give you a rundown of just some of the things that the Biden administration and Democrats are working overtime. To replace voting, for example, Democrats are frustrated that the Darn constitution and how it allows states to run their own elections even for national races. It’s got to be replaced okay another replacing the U. s dollar. The biden administration is still driving to replace our currency with a digital dollar.

This Is A Programmable Dollar.

It will be one of the most dramatic drastic expansions of federal power in U. s history. It makes us Chinese really did you vote for that because I don’t remember that being on the ballot what about replacing free speech with sometimes if we agree with it. The biden administration is experimenting with that one too.

But After A Lot Of Americans

said Yeah, we read 1984 No thanks the Department of Homeland Security pressed quote pause end quote on the new Disinformation governance board, but no. As soon as they figure out a better prop marketing campaign. They’ll be back in business absolutely positively that’s not just free speech that’s also freedom of the press. In fact team Biden has already hired DHs secretary Michael Chertoff to co-author the or the co-author of the Patriot Act to lead the thorough review and assessment of the Disinformation board. While it’s on pause they didn’t stop it next states rights the left loathes the states they don’t control because those states Don’t worship at the progressive altar and i mean that literally so within days of the Supreme Court‘s leaked decision that might overturn Roe versus Wade Democrats in Congress slap together a law to try to.

allow states and you to decide for yourself it’s way too much freedom. They don’t know what they’re doing. The left is very pro-choice except you know when it comes to letting states choose to make their own laws. As the 10th amendment states so why stop it state rights let’s surrender U. s sovereignty The biden administration is leading the charge into giving the world Health organization power over how we handle domestic health crisis.

This Is Happening This Week As Daniel Horowitz

and I explained last week on radio amendments to the International Health Treaty would basically give the Who’s Director power to declare a public health emergency in any country with all the restrictions that entails everybody stay home, Not the president, not the Senate, not the House not supreme Court a global governance W.h. o did you vote to give the who. kind of power after what we’ve witnessed in the past two years. I don’t even want the who telling me what kind of band-aid to use much less telling me to shut down my business to flatten the curve.

This has been a huge priority for President Biden and the left just months after taking office. Biden ordered a study on packing the court. After the recent leaks of the Supreme Court’s draft decision. The president refused to condemn the leak there’s two of them gone and the White House said both Biden and Kamala Harris were energized by the protesters gathering at the homes of the Supreme Court Justices.

leadership that’s not protecting a vital institution. Why because they don’t want to protect those institutions they want to transform them and replace them. They want to replace. Supreme Court as we know it? In fact, Senator Elizabeth Warren and representative Premia Jpal um introduced a judicial ethics and anti–corruption bill that’s going to govern the Supreme Court. Really this is one of the dumbest ideas you’ll probably hear the bill would provide quote a mechanism to enforce judicial accountability through the creation of a Supreme Court complaints review committee that would allow the public to file complaints against the Supreme Court justices well why stop there why don’t we just turn the Supreme Court into American idol and vote them off while i’m on the topic of institutional norms.

How About Replacing The U.

s Senate norms urged by President Biden Senate Democrats tried to end the filibuster in January, but they were outvoted 52-48 when Senators Mansion and Cinema voted with the Republicans now curiously just five years ago 27 Senate Democrats inclu including Kamala Harris signed. urging Senate leadership to preserve the Philip the filibuster now all 27 of them have reversed course now that the pro-abortionists are all riled up over Roe versus Wade Getting overturned Democrats are back to threatening the filibuster again. Elizabeth Warren spelled out why the left has to replace America. I believe in democracy and I Don’t believe that the minority should have the ability to block things that the majority want to do that’s not the constitution.

What Were Talking About Right Now Are

the individual rights and liberties of half the population of the United States of America. Okay. I think that’s enough to say it’s time to get rid of the filibuster okay. She says I Don’t think a minority should rule well they didn’t it was 52 to 48. that means your side was in the minority.

great again that. That they put up was defeated 51 49 or 5248, one of those according to math, even if it is 51 to 49 51 is greater than 49. Although these days are you even sure of math or has that been replaced Oh Yes. It has next replacing energy especially energy that works Joe Biden and his climate Czar John Kerry on a mission to cancel oil and gas from the moment he took office. Biden’s actions have been dedicated to undermining our energy independence to the point that he’s now reaching out to Venezuela‘s dictator to ease U.

Great idea want another one Yeah um how about shutting down our our refineries and our oil plants and our coal plants faster than we’re replacing them. They are now saying that three-quarters of the United States this summer will be experiencing blackouts that damn putin let’s. about replacing gender that’s not solid In April the White House recognized transgender Day of visibility by announcing a range of efforts to promote transgenderism. President Biden recorded this message telling American parents that affirming their child’s transgenderism is quote one of the most powerful things you can do actually it’s not unless you’re on the evil side.

Biden Administration Is About To Further Replace

gender with changes to title Ix rules that will expand the definition of sex to include transgenderism. Ironically title IX the law that was created to protect women’s sports will now be used to destroy women’s sports are you seeing that nothing is solid what you thought was solid is liquid. What you thought was right side up is now upside down the left is also working to replace parental rights, especially when it comes to gender identity issues schools like this one in new. Jersey have adopted new policies that accept a student’s asserted gender identity without needing parental consent. School staff members are not required to notify a student’s parents about the student’s gender identity or expression and do you remember last fall? When attorney General Merrick Garland announced the DoJ and FBi would work to address alleged threats and violence by parents toward school boards.

to for for some help urged the government to classify these parental threats as domestic terrorism, but a.g Garland testified before congress that the DoJ was not using counterterrorism tools to target parents. Now there’s another thing that’s upside down. According to Congressman Jim Jordan and Mike Johnson. Whistleblowers have now said that the DoJ and FBi have been investigating parents across the country with the threat tag created by the FBi’s counterterrorism division is this misinformation or just.

A Flat Out Lie Under Oath

parents who are upset about the policies of their local school board are actually being investigated by the FBi as potential terrorists. We now know it. I told you you wouldn’t recognize your country anymore. I wish I would have been wrong about that one okay, so what does this have to do with the shooting Yesterday. Can you imagine growing up in this world where nothing is true the shooting yesterday is none of these things and yet all of these things listen.

This Has Been A Plan That We Are

This Is What Has Happened.

We move into a new place. We replace what we have with something different that’s Michelle Obama in 2007. we didn’t ever hear this or given a choice because she was taken off the campaign trail because they knew what she was saying was the inside part that is replacement theory, but it’s much deeper than all of this we’ve replaced.