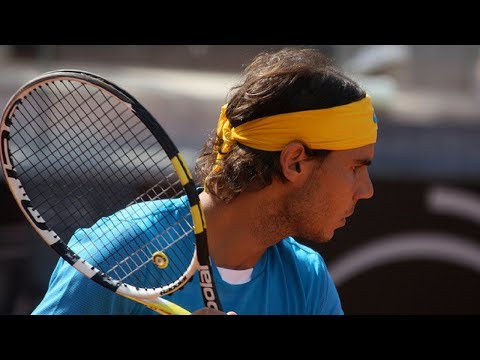 Hey There Everyone Well I Certainly Hope Youve Been

following this year.’s UK Open tennis tournament broadcasts from Flushing Meadows New York I’ve had the joy and privilege of taking my oldest daughter to Arthur Ashe Stadium. The last two years in a row and having done so I have to say that I’ve noticed the whole experience to be really in many respects A highly religious one. If you’ve never been to Flushing Meadows in Queens it’s it’s quite the experience. It’s not only the home of the UK Billie Jean King National Tennis Center, but also Citi Field, which is the home of the New York Mets, which replaced Shea Stadium and also the New York State pavilion, which was home to the World’s Fair back in the 1960s now in our own visits to Flushing Meadows.

I Remember Fondly First Walking Past Those Buck

Rogers like observation. Towers from the the state Pavillion made famous as the spaceship buildings and the men in black moving as you pass these monuments you walk down the Mall of the park towards the Tennis Center and there you’re greeted by bronze statues, one of which is Arthur Ashe and manicured gardens and fountains and a grand gated entrance inviting us into the celestial city of tennis. It really is like a medieval city with 22 tennis courts or we might call them chapels right scattered around this 47-acre grounds and as you walk into this Tennis Center. It’s a lot like walking in a small little city or Civic courtyard Everywhere. You look there are large crowds.

Some Are Making Their Way To Their

respective matches. Others are just sitting and sipping and enjoying the experience. It’s a real sense of anticipation when you’re walking in there. One of the most interesting things I noticed walking around the Sports Complex is that everywhere you look there are images and pictures glorified icons. So the great champions of old like Saints looking down upon us but instead of being armed with the swords of St.

Their weapon of choice is the 10 racket with which they all slayed their respective opponents to enter into tennis immortality. Wrightson symbolized by this omnipresent iconography and just in this front of the the center complex is this beautiful round Eden like fountain that symbolizes the waters of life that the game of tennis promises to its fans and its athletes. It’s an athletic Oasis a paradise that offers this amazing experience that you can’t find anywhere else and surrounding the fountain really forming a kind of periphery or a number. of eateries and outdoor tables and chairs that constitute a large food court and the the interesting thing here about courtyards in the ancient temples, particularly in Greece and Rome.

Those Were The Restaurants In The World

of antiquity and it’s because the temples were the place of course were you offer the animal sacrifices and so we find in the New Testament Paul writing to the Corinthian Church where he’s very concerned about Corinthian believers eating meat sacrificed to idols in the local temple restaurants and while there are no animals being literally sacrificed at Flushing Meadows. The iconography the fountains, the the arenas they all evoke an uncanny similarity with the social world of ancient Mediterranean now off to the side. There’s a gated practice area comprised of a number of courts parallel to each other each designated by numbers say I think from one to nine or. And you could find out ahead of time when your favorite player will be practicing on one of those courts and which number he or she will be at the athletic warmups, A fascinating pregame ritual. I mean you treated it treats fantasies behind the scenes backstage passes of the magic that takes place in the tennis courts, but then we enter into the grand temple.

Arthur Ashe stayed in but the three main stadiums are Flushing Meadows. They make up really three of the largest tennis stadiums in the world and the main court. Arthur Ashe is the largest with seating capacity of over 23,000 we’ve been there both during day games and night games and I gotta say I prefer the Vespers. The evening ambience is incredible now as it turns out the stadium really if you think about it’s more like a.

Coliseum Than A Cathedral With Gladiators Facing Off

as opposed to say priests praying, but there really is an extraordinary spiritual sense when you walk in there. For example, for the ancient Greeks sports competitions showcase the heroic virtues such as steadfastness, courage, bravery more than any other person short of royalty. It was the athlete that was most like the God strong fierce and free. The athletic competitor was actually willing to put his own life on the line in order to win. Since ironically winning even at the cost of one’s own life earned one immortality as one’s victories were praised in a manner comparable to the way we praise the gods.

Eventually The Greek Philosophers Began To Think Of

the athlete as one who embodied what they called Kalokhe Agafia, which means the beautiful and the good. A true sportsman, exemplified a body and mind United in. Harmony, which was the ideal for the Philosopher’s. This vision of the poetic Warrior was especially the concern of Plato thought that boy who only played music was effeminate, but if he only wrestled, then he was nothing more than a brute so music and sports needed each other in order to produce a balanced human person. In short.

A Poetic Warrior And These Tennis Players Are

nothing short of modern-day poetic warriors. One of the things that we miss when we watch tennis on television is that we don’t appreciate the velocity by which the tennis ball is hit. It’s It’s not just players like Kevin Andrew the six foot eight Kevin Anderson right the average pro tennis players hitting serves loaded with topspin to make their way to the opponent’s rack at less than half a second that’s less time that takes to blink your eyes twice the speed power velocity of the game is such that and really in many respects it really does appear like it’s a battle between lightning bolts. Two players armed with Thor’s hammer striking back and forth until either the lightning passes the opponent or it crashes into the net and it’s here that I find truly the spiritual element of tennis more than the sacred space more than the temple courts more than the icons. The statues.

Its The Unfettered Beauty Of The Game.

Tennis uniquely embodies an astounding athletic aesthetic perhaps I think this accounts for the deeply emotional connection that. fans have with the players of the game tennis it seems to me more than any other sport is a dance. The athletes most notably Roger Federer move across the court and ballet like choreography with no two points ever quite being the same within the 78-foot long stage and we sit in all of this battle between these maestro‘s the conducting gesture of a topspin forehand or the grace of a one-handed backhand the seemingly effortless lobs that float in a manner comparable the fountain waters. Just outside the stadium.

Were Witnessing A Battle Of Virtuosity, The Hand

pumping battlecry intensity of a war and the Grace and delicacy of a violinists, and when the game is over, the two players come together, having been transformed either to winner or loser, and they meet each other at the net to congratulate and to console to celebrate the fact. They have both been given this great gift to participate in something so magical and so grand The players are nothing short of poetic warriors and so as my daughter and I exit the stadium we pass once again under the icons. Now glittering with candle-like city lights, exiting the gates that just hours earlier invited us into the sports paradise. We with the thousands of other sports fans with us congregants and this Grand Cathedral of athletic splendor. We’re all struck by the overwhelming sense of what we just experienced and we have a sense of gratitude.

This Amazing Sense Of Thanksgiving.

We together experienced nothing less than an overwhelming sense of the beauty of sport and in so doing. We were all once again reminded of the incomparable beauty of life itself God bless.

Flushing Meadows is the home of the UK Billie Jean King National Tennis Center . It is also home to Citi Field, which is home to the New York Mets, which replaced Shea Stadium . The 47-acre grounds include 22 tennis courts or we might call them chapels scattered around the grounds . There are images of the great champions of old like Saints looking down upon us but instead of being armed with the swords of St. Michael or St. George, they use the 10th-ranked weapon of choice is the 10.& The last two years in a row has seen the whole experience to be really in many respects A highly religious one, writes Andy Murray . Murray: “It’s a lot like walking in a small little city or Civic courtyard everywhere. Everywhere.& You look there are large crowds. Some are making their way to their respective matches.& Some are just sitting and sipping and enjoying the experience.& Others are just sat and sipped and enjoy the experience…. Click here to read more and watch the full video